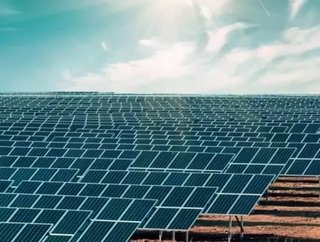 President Michelle Bachelet inaugurated the plant, which is located 37km from Copiapo in the Atacama Desert and features over 310,000 PV modules that have been installed across the 250 acres site. The plant is said to be worth $250 million.

José Pérez – SunEdison’s president for Europe, Africa, and Latin America, said, “This plant demonstrates that photovoltaic solar energy is an ideal way of diversifying the energy matrix in Chile, reducing costs and contributing towards meeting the demand for clean and sustainable energy. The 150MW+ interconnected by SunEdison in Chile is the starting point of our firm commitment to the future of energy consumption and the development of the energy industry in this country.”

CAP Group President Roberto de Andraca B. said the plant would generate the equivalent of 15% of the group's energy demand. CAP Group General Manager Fernando Reitich  said, "We believe that this style of mining is part of a business vision that allows for the development of our present and future activities."

SunEdison president and CEO Ahmad Chatila said, "Amanecer Solar CAP has become a benchmark for SunEdison in how to develop photovoltaic solar energy on an international level."

Latin America is seeing a lot of investment in solar power in recent years. In 2013, the continent saw the launch of a Trees, Water and People subsidiary. The subsidiary aims to bring  more solar power to Latin America. The subsidiary, Luciérnaga, “distributes small (<15W) solar lighting technologies that afford-ably meet lighting and device charging needs for energy poor populations.”