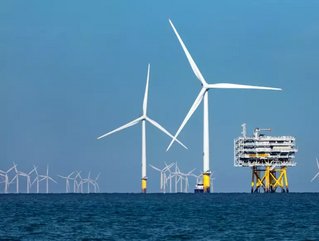 Orsted is maintaining full-year EBITDA guidance of DKK15-16 billion but expects the outcome "in the low end of the guided range" due to significantly lower than normal wind speeds across its entire offshore wind portfolio.

However operating profit (EBITDA) for the first half year amounted to DKK13.1 billion, a DKK 3.3 billion increase compared to the same period last year. The increase was driven by a gain of DKK5.4 billion from the 50% farm-down of its Dutch offshore wind farm Borssele 1 & 2, which was fully commissioned in November 2020.

With the closing of the acquisition of the European onshore growth platform Brookfield Renewable Ireland in June and expected acquisition of the fully constructed 302MW US onshore wind project Lincoln Land later this year, its full-year gross investment guidance has risen from DKK32-34 billion to DKK39-41 billion.

Mads Nipper, Group President and CEO of Ørsted, said it delivered good operational performance in the first half, while reaching multiple significant milestones and engaging in a range of strategic partnerships.

Within its offshore business, Ocean Wind 2 was awarded a 1,148MW contract in New Jersey, fully utilising its Ocean Wind lease area, and total awarded US portfolio now exceeds 4GW. "We also entered into several new strategic partnerships in Norway, Korea, Scotland, and Japan," he said. "In our Onshore business, we commissioned our combined solar PV and storage facility Permian Energy Center and our so far biggest onshore wind farm Western Trail, both located in Texas." "Microsoft has ambitious sustainability objectives for their Scope 1, 2 & 3 emissions, and we're thrilled to support their targets," said Vishal Kapadia, Senior Vice President and Chief Commercial Officer in Ørsted Onshore. "Given the strong alignment in focus on emission reductions between our two organisations, I'm excited about our continued collaboration."

Adrian Anderson, Senior Director, Renewable Energy at Microsoft, said: "On our journey to 100 percent renewable energy, we recognise that innovation and collaboration are fundamental in how we fight against climate change. We're grateful for our collaboration with Ørsted to deliver renewable energy in ERCOT and look forward to continued progress towards a net-zero carbon future."

Royal DSM signed a power purchase agreement with a solar project Ørsted is currently developing in Texas, as part of their global journey to a GHG reduction of 50% by 2030 compared to base year 2016.

Ørsted welcomed the arrival of its new SOV, Wind of Hope, last Friday. Up to 60 of Ørsted’s wind turbine technicians will call the 84-metre vessel home for two weeks at a time, whilst they work out in the North Sea on the world’s largest wind farms.

According to the latest Global Wind Energy Council Market Intelligence, nearly 7GW of wind power capacity was auctioned globally in Q1 2021 – a 160% year-on-year increase compared to Q1 2020, which saw only 2.7GW auctioned due to a slowdown caused by the first wave of the COVID-19 pandemic.

Offshore wind accounted for the majority of the new wind power capacity awarded in the first quarter of the year, with 3.9GW awarded. Emerging offshore wind market US made up 64% of this new awarded capacity thanks to a second offshore wind solicitation in New York of 2.5GW which was originally scheduled for July 2020 but was postponed due to the pandemic. The 2.5GW were awarded to Equinor and BP.

The remaining offshore wind capacity awarded in Q1 2021 was in China, with 1.4GW awarded spread over five offshore wind projects in the Fujian province. Although China awarded a mere 93MW of onshore wind in the first quarter, the world’s largest wind market also announced an onshore wind auction with a parity-based feed-in-tariff totalling nearly 6GW.

According to the GWEC, 6.1GW of new offshore wind capacity was added in 2019, bringing total global cumulative installations to 29.1GW. China remains in the number one spot for the second year in a row for new installations, installing a record 2.4GW, followed by the UK at 1.8GW and Germany at 1.1GW.