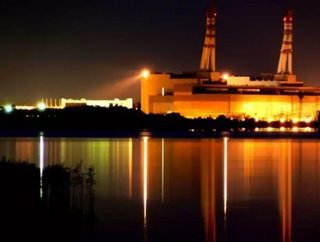 Lithuania stands to benefit greatly from Germanys nuclear exit. German nuclear plants will close permanently by 2022 in response to a concerned citize...

Lithuania stands to benefit greatly from Germany’s nuclear exit.  German nuclear plants will close permanently by 2022 in response to a concerned citizen uprising that forced the German government to end the country’s nuclear energy program.  With Germany no longer bidding on nuclear development deals, Lithuania is a new top nuclear bidder in pursuit of its own energy independence.  The country has selected Hitachi Ltd., together with the General Electric joint venture Hitachi-GE Nuclear Energy Ltd., to build a new nuclear power plant.  The project will be the biggest investment in the Baltic region in two decades.

Lithuania has suffered heightened energy costs due to an increased dependence on Russian energy sources.  The country imports roughly 50 percent of its energy needs, and Russia’s Gazprom supplies all of its gas.

Construction of the plant will be completed by the end of 2020.  Lithuania closed its Soviet-era Ignalina nuclear facility at the end of 2009 as part of the agreement to join the European Union.

For Lithuanians, such a heavy dependence on Russia for its energy needs is a slap in the face to the country’s citizens.  Throughout the Soviet era and dating back to pre-World War II, Lithuanians suffered horrible human rights abuses at the hands of Russian oppressors, and since gaining its independence after the collapse of the Soviet Union, it makes perfect sense for the country to pursue energy independence.  While the world debates the safety of nuclear power, Lithuania recognizes it as a path toward greater sovereignty.