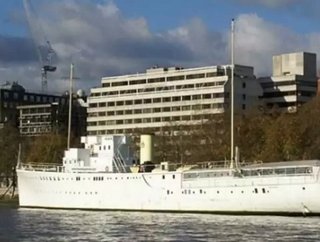 A trial project is underway in Londons famous Thames River. Tidal energy turbines are being tested in the river in a joint venture between newly forme...

A trial project is underway in London’s famous Thames River.  Tidal energy turbines are being tested in the river in a joint venture between newly formed Thames Tidal and Nautricity—a tidal technology developer.  Energy Invest Group is also partaking in the project as a financier and developer.  Following a successful trial run, the two companies plan to install hundreds of tidal turbines in the river, capable of powering 35,000 homes.

The trial will use Nautricity’s CoRMaT tidal turbine design—a small capsule-style design.  The trial is being conducted just adjacent to the famous HQS Wellington, a permanently moored ship located at Temple Steps in London’s center.

If the trial proves successful, then turbines will be installed along the Thames from Westminster to Margate.

The project will be developed over the course of several years.  Initial development efforts will be geared toward reassuring stakeholders of the project’s viability.