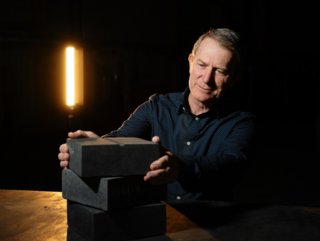 A new manufacturing facility in Newcastle, Australia, will make more than 1,000 blocks, or 1MWh of energy storage, per day by the end of 2022

Australian clean energy company MGA Thermal has reached 20GWh of energy storage on its books, the equivalent of powering 1.3 million homes, from customers for its storage blocks technology.

The company also unveiled the first stage of its new commercial manufacturing facility in Newcastle, Australia, to meet that demand amid growing and urgent need for new energy storage to replace aging or increasingly expensive thermal and other conventional power stations.

The new equipment will be capable of manufacturing more than 1,000 blocks, or 1MWh of energy storage, per day by the end of 2022.

The power is stored cheaply and over long periods as thermal energy, which is then harnessed to provide industrial heat, run steam turbines or produce other forms of long-duration energy storage like green hydrogen.

As national grids make the transition to renewable energy, BloombergNEF predicts an average of 245GWh of new long-term energy storage, including including batteries, hydrogen and other storage technologies, is required every year globally to meet 2030 net-zero targets.

MGA Thermal’s blocks, which store renewable power as thermal energy for later use, will contribute to that growing need, with the current customer pipeline of 20GWh enough to meet eight per cent of annual estimates.

The initial run of blocks will be used to kick off MGA Thermal’s partnership with the Toshiba International Corporation and Graphite Energy to produce low-cost green hydrogen thanks to a $9.8 million grant from the Australian Government’s Modern Manufacturing Initiative.

Erich Kisi, co-founder and CEO of MGA Thermal, said if current market sentiment and the impacts of climate change are telling us anything, it’s that we can no longer hold off on the renewable energy transition.

"While conventional storage technologies like batteries are no doubt important to that mission, we believe our MGA Thermal Blocks will be a major part of that transition, to retrofit existing thermal power plants and support development of low-cost renewable energy storage and green hydrogen,” he said.

“Utilities around the world have told us they need this type of technology to make that move, and we are well on our way to building the capacity to meet that demand.”

MGA blocks can be stacked like modular bricks, and are able to store millions of kilowatt-hours of energy, in a cheaper, safer and longer-lasting way compared to other dispatchable solutions.

A stack of 1000 blocks, about the size of a small car, stores enough energy to power more than 60 homes for 24 hours. At the end of life, they can be recycled back into raw materials and recreated into wholly new blocks for ongoing use.

MGA Thermal is working closely with global organisations like Toshiba International Corporation to demonstrate its potential for a wide variety of use cases like generation of low-cost green hydrogen.

The coupling of the MGA thermal storage technology with the Toshiba’s Solid Oxide Electrolysis Hydrogen technology will allow both parties to work with government and industry to develop a joint engineering and manufacturing strategy so that high-value engineering, manufacturing and supply chain jobs are created locally with the value generated exported globally in future.