Most Eco-Friendly College Campus in U.S. 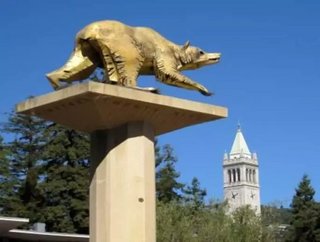 What does it take to be &ldquo;cool&rdquo; in this day and age? Recycling bins, waste management, efficiency and transportation methods, of course. Si...

What does it take to be “cool” in this day and age? Recycling bins, waste management, efficiency and transportation methods, of course. Sierra Magazine’s “cool college campuses” rank the best eco-friendly in a series of sectors, with grades to match.


1. University of Colorado at Boulder: they might be the alumna of Robert Redford, but this crisp campus earned the top spot for perfect “green” scores in transportation & waste, earning itself an overall A+ for its final grade in the “cool schools” list

2. University of Washington, Seattle: rain does a body good, especially when it comes to making Seattle’s university another “cool school,” ranking it second overall thanks to a ten in administration, and two bonus points

3. Middlebury College: one of the oldest liberal arts school in the US, this Vermont campus plans to get even higher on the list by 2016, vowing to become carbon neutral in five years’ time

4. University of Vermont: another A+, the Burlington campus was the first US university to earned a LEED Gold certification building, but is also ranked high among other college stats for its academics

5. College of the Atlantic: One of the only universities in the top five to receive ten points for its energy efforts, they are the only US university to reduce greenhouse gas emissions to zero

6. Evergreen State College: a state school in Olympia, Washington is an alternative methods university that is constantly on top green lists, and not just because of the high numbers of “green” that its students smoke
7. University of California, Santa Cruz: these banana slugs knows just how to waste not, with high marks in all areas and a perfect score in the transportation sector

8. University of California, Berkeley: these hippies epitomize the green movement – from Haight-Asbury to the hash smokers at the center of campus, Berkeley has ranked as one of the best in the west

9. University of California, Los Angeles: while it’s located in the city of smog, UCLA shows Hollywood starlets what can be done with a few recycling bins and campus energy with a high rank in waste and near perfect in transportation, purchasing & administration

10. Oberlin College: this Ohio college campus is the final A for Sierra’s list due to its perfect numbers with waste management, and rough numbers for efforts in efficiency & academics