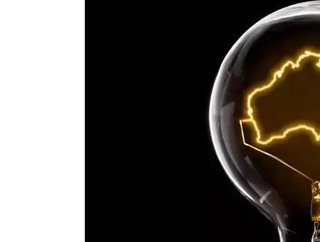 Plans aim to create close to 10,000 new jobs while bringing 12GW of wind and solar power to the Australian state...

Australia’s New South Wales (NSW) state government says it will shift towards renewable energy from coal and aims to lure £17.7 billion worth of private investment into the sector in the next decade.

The plans for New South Wales, Australia’s most populous state, aim to create close to 10,000 jobs while bringing 12GW of wind and solar power, and 2GW of storage, such as pumped hydro, online by the year 2030, accoding to State Energy Minister Matt Kean.

The statement adds that the state government will cut red tape and speed up approvals for businesses to invest in renewable energy projects, with four of its five coal power plants expected to close in the next 15 years.

A Reuters report says that the opposition Labour Party will support the plans, although they came “after a decade of delay”.

Despite most Australian states supporting greater use of renewable energy, the federal government has refused to match other developed countries in setting a target for net zero carbon emissions by the year 2050. Instead, Canberra states that zero emissions will be reached sometime after 2050.

So far, Australia is well short of meeting its Paris accord target of cutting carbon emissions by 26 percent to 28 percent from 2005 levels by the year 2030.

The Australian Industry Group says that US president-elect Joe Biden could encourage Australia to meet its emissions targets, as he has stated that his administration will re-join the Paris climate deal and aim to achieve zero emissions by 2050.

“Australia will always set its policies based on Australia’s national interests,” Morrison asserts, people to reporters in Canberra.

The state Coalition says an electricity transmitter roadmap would support 12 gigwatts of renewable energy, and two gigawatts of energy storage, along with a focus on pumped hydro, over the coming decade.

An initial analysis of the plan suggests that could increase the share of renewable energy in the state from about 16 percent to more than 60 percent by 2030.

Government ministers say that it would replace most of the states increasingly unreliable coal power plants, lower prices and create more than 6,000 construction and 2,800 ongoing jobs, while also develop a new revenue stream for landholders hosting electricity infrastructure.

A Manufacturing Renewables Taskforce will look at everything from material sourcing and supply to contracting arrangements, and explore ways to give NSW manufacturers a competitive advantage in emerging ‘green’ supply industries.

“Industry tells us we will need more than 650,000 tonnes of steel to deliver our three Renewable Energy Zones – my priority is finding ways to make sure that the steel and other products that power NSW, are made in NSW by NSW manufacturers,” said Kean.

“The Taskforce will look at terms we can put in our electricity infrastructure contracts and tender rules which will drive the use of NSW products, where they are cost competitive.”