NEXT Energy Technologies gets $3m grant for solar windows 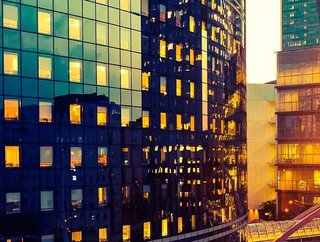 NEXT Energy Technologies has been awarded a $3 million grant by the California Energy Commission (CEC) to scale-up its glass-coating technology process for fabrication of solar power-generating windows.

The project, “Rapid Innovation Development of Energy Generating Windows for Zero-and Negative-Carbon Emission Buildings,” was awarded to NEXT after the successful demonstration of directly coating its existing proprietary organic semiconducting technology onto large sheets of heat-treated glass. The method will allow for a more seamless application into the window manufacturing process that leads to much higher margins with low capital cost equipment.

“This project will allow us to demonstrate our manufacturing method of printing our PV film directly onto large sheets of heat-treated window glass. Our solution enables reduced distortions in the glass during the coating process and allows the commercial glass to be suitable for precision coatings,” said Corey Hoven, founder and CTO at NEXT. “Our model is designed to serve window manufacturers at the point of fabrication, allowing them to increase the value of their products with absolutely minimal disruption. Demonstrating our coating process is key to this seamless integration approach.”

A Supply Chain Solution to The Climate Crisis

NEXT’s PV coatings are applied to commercial windows during the window fabrication process, integrating with existing manufacturers without disrupting established workflows and supply chains. This capital-efficient business model reduces risks to customers, removes barriers to adoption, and accelerates speed to market, all while creating a high-value product. This direct integration into traditional commercial window and framing systems effectively extracts costs typically associated with the packaging and installation of solar energy solutions.

On August 11, the CEC adopted the 2022 Building Energy Efficiency Standards (Energy Code) for newly constructed and renovated buildings that will produce benefits to support the state’s public health, climate and clean energy goals.

“The 2022 Energy Code firmly pivots California’s buildings toward the clean, low-carbon technologies that are the bedrock on which our collective path forward will rest. This foundation will help the state meet its critical long-term climate and carbon neutrality goals, said CEC Commissioner, J. Andrew McAllister in a press release.

Among other initiatives, the 2022 Energy Code includes plans to expand solar PV systems and battery storage standards for all California buildings to support the state’s progress toward a 100% clean electricity grid. The Energy Code will be submitted to the California Building Standards Commission (CBSC) and If approved, will go into effect on January 1, 2023.

To support the state’s goal, and to meet other international energy standards, NEXT is working to repurpose a traditionally energy-inefficient building material to reduce commercial buildings’ energy consumption.

Installed in a typical commercial high-rise office building, the first generation of NEXT windows will offset as much as 10-20% of its power needs, and over a 30-year timeframe, such a building would produce about 20 million kWh of clean power, saving an average of $170,000 annually on utility bills and reducing 14,500 metric tons of carbon dioxide from the atmosphere, the equivalent of powering 1,700 homes for an entire year. In the coming years, NEXT windows will be commercially available for window sizes up to 5 ft. x 10 ft (1.5 x 3 meters).

The announcement comes after NEXT delivered a proof-of-concept solar window wall to its partners at Bouygues Construction.

"Philadelphia must do everything we can to fight climate change, which is most greatly affecting our most vulnerable residents," said Mayor Jim Kenney. "Solarize Philly helps put solar on roofs, and create jobs for our youth, year after year."