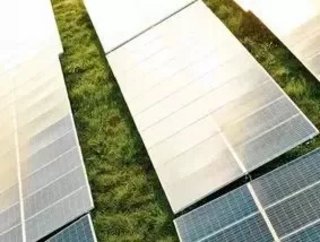 Northern Indiana Public Service Company (NIPSCO), a subsidiary of NiSource, has announced that it will bring an additional 900MW to Indiana, via the Dunns Bridge I, Dunns Bridge II and Cavalry Solar Energy Centres, as part of its long-term generation strategy.

In a statement, NIPSCO says that it has finalised three build transfer agreements with subsidiaries of NextEra Energy Resources, a leader in renewables and energy storage.

NIPSCO adds that the Indiana solar projects are expected to begin construction in 2022 and be operational in 2022 and 2023. NextEra Energy Resources will construct the projects, and NIPSCO will enter into joint ventures to own, operate and maintain some facets of these assets once construction is complete, the statement adds.

"The addition of these three solar projects and associated battery storage is an investment in the future of Indiana and the future of NIPSCO, as we deliver on our promise of bringing safe, reliable and affordable energy to our customers," says Mike Hooper, NIPSCO president.

"Renewable technology continues to advance, and we are proud to be working with NextEra Energy Resources on the Dunns Bridge and Cavalry solar projects as we continue to implement our 'Your Energy, Your Future' plan.

The 265 MW solar project will be located in Jasper County. The project will include an estimated 900,000 solar panels and is expected to be operational in 2022. Dunns Bridge Solar will be capable of producing enough energy to power 79,500 homes.

This project will have 435 MW of solar paired with 75 MW of battery storage and will also be located in Jasper County. The project will include an estimated 1,500,000 solar panels and is expected to be operational in 2023. Dunns Bridge II will be capable of producing enough energy to power 130,500 homes. Dunns Bridge Solar I & II are expected to generate approximately $59 million in additional tax revenue for Jasper County over the life of the projects and approximately 300 jobs during construction. This project was originally developed by Orion Wind Resources LLC, a joint venture between Orion Renewable Energy Group LLC and MAP® Energy. Learn more about Dunns Bridge Solar I & II at www.DunnsBridgeSolar.com.

This project will have 200 MW of solar with 60 MW of battery storage and will be located in White County. The project will include an estimated 650,000 solar panels and is expected to be operational in late 2023. Cavalry Solar will be capable of producing enough energy to power 60,000 homes. Cavalry Solar is expected to generate approximately $25 million in additional revenue for White County over the life of the project and approximately 200 jobs during construction. Learn more about Cavalry Solar at www.CavalrySolar.com.

Hooper adds that the investment in this new generation will bring economic benefits to the state of Indiana, including both construction and long-term operating and maintenance jobs, along with enhancing the county tax base.

"Jasper County is pleased to continue our long-term relationship with NIPSCO with the development of the Dunn's Bridge Solar Project," says Kendell Culp, Jasper County commissioner. "As the county continues to search for additional economic development projects in light of the coming retirement of the Schahfer Generating Station, we look forward to this new opportunity to bring stability to our county's tax base."

The statement explains that the Indiana-based Dunns Bridge I, Dunns Bridge II and Cavalry solar projects were selected through a Request for Proposal (RFP) solicitation that NIPSCO ran as part of its "Your Energy, Your Future" generation transition, which was announced in its 2018 Integrated Resource Plan (IRP).

Adding these three solar projects is the next step in bringing the plan to life, the statement notes. The company plans to be coal-free by 2028, adding a combination of cleaner energy sources to its existing portfolio, which includes natural gas and hydroelectric generation.

It believes this generation transition will help deliver a more affordable, reliable and sustainable energy mix for NIPSCO customers for years to come – saving customers $4 billion over the long term. On average, this transition would save NIPSCO customers an estimated $105 per year, just by eliminating the fuel costs of running its coal-fired generating plants.

Five renewable projects have previously been announced by NIPSCO, which include a combination of similar joint venture agreements and purchased power agreements. Two of the wind projects are near completion, including the Jordan Creek Wind Energy Centre, a subsidiary of NextEra Energy Resources. NIPSCO will purchase the power directly from Jordan Creek Wind.

The three latest projects were chosen following a comprehensive review of bids submitted through the all source RFP process that NIPSO underwent in 2019 – which continues to affirm the conclusions of the 2018 NIPSCO IRP, that wind and solar resources were shown to be lower cost options for customers compared to other energy resource options.