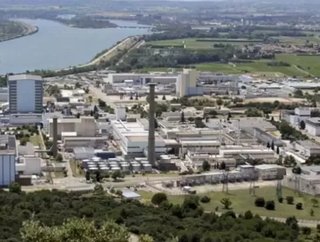 An explosion rocked the Electricite de France SA (EDF) nuclear waste treatment plant in southern France Monday, killing one and leaving four others injured, one with serious burns.  The blast occurred at an oven in the Centraco waste processing facility.  Despite the injuries, apparently no radiation is reported to have leaked as a result of the explosion.

The plant that experienced the blast is used by EDF to treat low-level radioactive waste.  The fire was brought under control within one hour of the initial blast, however, the loss of a life and other injuries resulted.  The cause of the blast is still unknown.

Unfortunately for the company, the explosion has occurred in conjunction with safety checks at the country’s numerous nuclear installations by France’s nuclear regulator.  The tests are designed to determine whether nuclear facilities are able to withstand floods, earthquakes, and loss of power and cooling.  While no reactor is present at the site of the explosion, facilities like Centraco are still subject to inspection by regulatory bodies.

A statement released by the French Nuclear Safety Authority said, "According to initial information, the explosion happened in an oven used to melt radioactive metallic waste of little and very little radioactivity.  There have been no leaks outside of the site."

Those injured were not contaminated by radiation.

Of all the countries in the world currently using nuclear power, France is by far the most dependent on it for energy countrywide.  With 58 nuclear reactors, the nation is a major exporter of nuclear energy and treats nuclear waste from around the world.