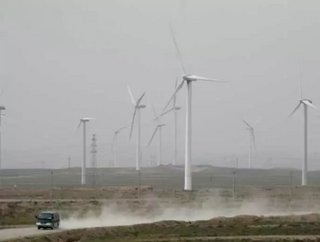 Chiles economy has been on the rise, and part of its economic success is high investment in energy development. The country has in recent years expand...

Chile’s economy has been on the rise, and part of its economic success is high investment in energy development.  The country has in recent years expanded its oil production and geothermal has played a significant role in the country’s energy infrastructure development.  Now, with a huge investment from India’s NSL Group, Chile may triple its installed wind power capacity.

NSL Group’s subsidiary ReGen Powertech Pvt. Is the fifth largest wind turbine manufacturer in India and the group plans to invest $650 million in installed wind power in Chile.  NSL acquired the rights to develop 400 megawatts of wind farms throughout five separate adjacent sites.  The company will invest the funds over the next three years.

NSL’s project will be one of the biggest wind power investments in South America to date.

Currently, Chile has roughly 172 megawatts of installed wind power.  However, despite the country's investment into the energy sector, electricity rates have tripled since 2005.  In fact, the ramped up energy investment is likely a result of the power shortage as industrialization demands more electricity.  The country is a hotbed for renewable energy investment, and is attracting investors from all over the world due to its favorable renewable energy policies and economic stability.

According to NSL Chairman Mandava Prabhakar Rao, the wind projects “would act as a springboard to capitalize” on other regional opportunities.