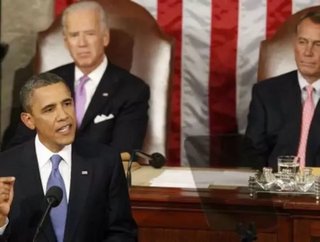 In his jobs speech Thursday night, President Barack Obama did everything he could to walk the fine bipartisan line between Democrats and Republicans, n...

In his jobs speech Thursday night, President Barack Obama did everything he could to walk the fine bipartisan line between Democrats and Republicans, not once mentioning clean energy at all.  The subject that served as the backbone of Obama’s presidential campaign promise to get Americans back to work has apparently gone MIA.  However, some believe it was a smart move on the president’s part to avoid anything having to do with the word “green,” since the majority of Republican Congress members seem to loath the very notion.

The president urged Congress in his speech to “pass it right away” more than a dozen times. "Everything in here is the kind of proposal that's been supported by both Democrats and Republicans—including many who sit here tonight," Obama said.

The president did not mention energy even once in his speech, nor the more accepted bipartisan topic of energy efficiency.

Senator John Kerry (D-Mass.) said following the speech, “…I think the president did the things he feels the Congress can pass.  And he's looking to get things on the table that don't really create traditional, gridlocked ideological struggle."

Some feel the recent news of shady business practices by Obama-supported solar power firm Solyndra, resulting in bankruptcy and the loss of $535 million in government loan guarantees, may have also steered the president away from the topic of energy. "I think perhaps the White House was concerned that [clean energy] would become a lightning rod for people to criticize his speech, especially because of the Solyndra news this week," said Kate Gordon, vice president of energy policy at the Center for American Progress.

Some feel that Obama’s speech, like so many of his others, offers ideal scenarios, but fails to discuss how exactly the government plans on paying for them.  The president’s planned laid out in the speech calls for $447 billion in spending.  However, no one is really sure where the government plans on finding those funds, short of raising the gas tax or other taxes.  Nonetheless, the highway infrastructure in the U.S. is long overdue for upgrades, and reports reveal some very scary statistics as to the number of bridges and overpasses in the country still in use, yet deemed unsafe for driving.  Will the bill pass?  That all rests in the hands of our trusted policymakers on Capitol Hill.