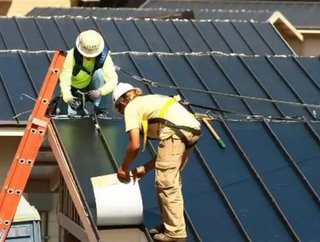 This may come as a surprise, but the Canadian province of Ontario ranked second in solar photovoltaic (PV) installed capacity in North America in 2010...

This may come as a surprise, but the Canadian province of Ontario ranked second in solar photovoltaic (PV) installed capacity in North America in 2010, trailing only California.  With 220 MW installed in 2010 alone, the province is heading for a “bright” renewable energy future.  But this hasn’t occurred by chance, and is the result of two very significant factors: a high feed-in tariff and generous investment incentives.

She adds, “Ontario also has some of the most generous research and development incentives for solar in the world, beat out only by Brazil.  This is especially true if you partner with a University or research institution, where every dollar invested will return five dollars back to the investor through both tax breaks and market return on investment.”

Gerhard claims that by 2012, Ontario will have an installed capacity of 600 MW.  The province already boasts the largest solar PV farm in the world, an 80 MW 1.3-million panel installation forged in collaboration between First Solar and Enbridge Inc.

“Ontario is very attractive to solar investment right now, because of corporate tax rates, a wide labor and talent pool and the Green Energy initiatives,” Gerhard adds.  “Yet, we are a very early market that’s only been around for about two years.”

Ontario’s solar growth is unprecedented, and will soon have the region competing internationally with solar giants like Germany.  Canada’s Technology Triangle Inc.  represents 10 key urban communities throughout Ontario and is the Waterloo region’s investment attraction organization.  Ontario attracted over $1 billion in private investment in solar energy in 2010