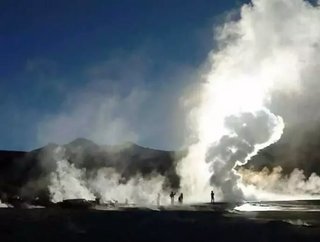 As more South American economies grow and move from &ldquo;developing&rdquo; to &ldquo;developed&rdquo; status, geothermal energy is finally being rec...

As more South American economies grow and move from “developing” to “developed” status, geothermal energy is finally being recognized as a viable energy option to satisfy growing electricity demand.  Chile in particular—which lies on the Pacific “Ring of Fire”—is estimated to have as much as 16 gigawatts of geothermal energy resources at its disposal.  This accounts roughly 60 percent of all the geothermal potential in Latin America.

Energia Andina has acquired permits to evaluate eight sites across northern and central Chile for geothermal potential.  The sites cover a total of 553,400 hectares (1.4 million acres) of land.

“It is our view that geothermal can provide large-scale, renewable, baseload energy and Chile has significant potential,” says Origin’s Executive Director Karen Moses.