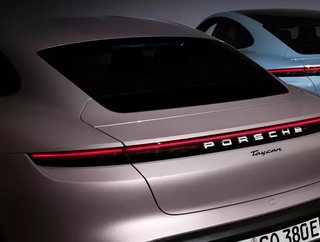 It is safe to say that Porsche AG is wasting no time in pushing the company towards a net-zero future. Following the previously announced partnership with Customcells, the company will now ensure that all of its suppliers are operating using renewable energy sources.

How Have Suppliers Reacted To This?

The automotive company has provided a strict policy for the sourcing of vehicle materials and parts. It has been made clear that suppliers must carry out their operations using electricity from renewable sources, and any that cannot comply will risk losing contracts in the long term. “We stipulate that our series suppliers also use only renewable energy to produce our components, to help reduce CO2 emissions even further. We recognize that we have a responsibility to ensure that supply chains are transparent and sustainable,” says Uwe-Karsten Städter, Member of the Executive Board for Procurement at Porsche AG.

According to Städter, there should not be many changes to suppliers as the company sets the standard for clean energy procurement. "Our battery cell suppliers have already had to use green energy since 2020; and now, we are taking the next important step," says Städter.

Porsche is committed to achieving its ambitious goal of becoming carbon neutral across its value chain by the year 2030, which is on track to be well ahead of other leading automotive giants like Ford (2050), General Motors (2040) and Jaguar Land Rover (2039). According to Porsche, its German factories in Zuffenhausen and Leipzig already operate at net-zero carbon emissions through the use of renewable energy sources and biogas.

How Have Carbon-Neutral Factories Succeeded?

The two carbon-neutral production facilities have already been put to work to produce Porsche’s all-electric Taycan sedan, which has become one of the company’s best sellers. The development of the company’s first EV marks a critical milestone in the company’s journey to net-zero emissions.

"By using only renewable energy sources, our suppliers are following our example in our efforts to reach carbon-neutrality. We plan to have even more intensive talks with our partners in order to drive forward improvements in our sustainability. It is only by working together that we will be able to combat ongoing climate change," says Städter.