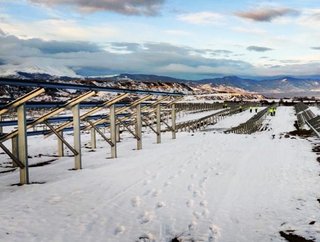 A 550MW solar photovoltaic plant will be built in Ptolemaida at a cost of €216m and will be completed by 2024, becoming Greece’s biggest solar PV plant

PPC Renewables, the wholly owned subsidiary of Greece’s Public Power Company, has said that it is inviting bids from contractors to build a solar power plant with an installed capacity of 550MW, making it the largest photovoltaic facility in Greece, and one of the largest in Europe.

Located at a former lignite mine in Ptolemaida, the project is valued at €216m, not including solar panels, and is targeted for completion by 2024, an announcement from PPC Renewables said.

It added that the bid submission deadline is 30th September 2022, and that contractors bidding would be required to produce a study, build, install and commission the plant, while also supplying equipment – except the solar panels.

The announcement added that the project will operate without state subsidies and will sell electricity through power purchase agreements (PPAs). Local media reports have said that PPC Renewables plans to sell the solar park’s output to its parent company, Public Power Corp.

Renewable energy is growing in Europe and solar power is shining

Hellenic Petroleum’s facility in the Kozani area of Greece is the country’s largest photovoltaic plant currently, with a capacity of 240MW. Once the Ptolemaida plant is completed, its 550MW capacity will not only make it the biggest in Greece, but also the third largest in Europe, surpassed only by two solar parks in Spain – one of 626MW capacity, and the other of 595MW capacity.

PPC Renewables added that it has plans to expand its green energy portfolio, while its parent company, PPC Power Corp, has announced that it is seeking to acquire projects in the Balkan region – particularly Romania and Bulgaria.

As a minority partner, PPC Renewables is preparing 1.3GW in joint solar power projects in Greece with the Cantreva Group, earlier media reports have said. The company is also working on a pipeline of close to 1GW of photovoltaic projects as part of a joint venture with Germany’s RWE Renewables.