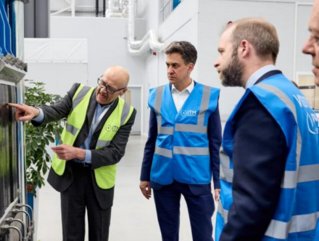 Hydrogen power business ITM Power recorded a £36.5mn loss in the year to April 30 as it ramped up production capacity.

A cash burn of £52mn included around £7m Product Development of MEP 2.0 and GEP 1.0, around £20mn on ongoing WIP and inventory build and £5mn on production equipment for Bessemer Park.

CEO Dr Graham Cooley said ITM Power has laid the foundations to scale its capacity which will play a critical role in decarbonising economies using green hydrogen, and enabling countries to enhance their energy and food security.

“Russia’s invasion of Ukraine has accelerated the intent of many countries to increase energy and food security, with a specific focus on green hydrogen, as shown by the recent UK Government and REPowerEU announcements," he said. "We believe we can gain a material share of these global markets as a result of our experience, expertise, partnerships and capacity.”

On the plus side it announced a "record backlog" of 755MW as at June 1, up 53% since January, comprising 75MW contracted, 342MW in negotiation and 338MW as preferred supplier.

Existing aftermarket operations including the Group’s 24/7 UK Remote Support Centre have merged into one focused organisation with new headquarters in Germany.

The organisation will be led by Philip Wilson as Technical Director and Calum McConnell as Commercial Director, both long-term staff members.

A lease was signed on a 17,054sqft three storey combined office, control centre and warehouse facility in Linden, ideally located in Hessen, which is a recognised transit state within Germany with excellent motorway links and local infrastructure.

The facility will house all spare parts, including core PEM stack technology, to ensure high service levels and rapid deployment capability to systems in Europe, and it is supported by €2mn grant from the German government.

Last month ITM Power was awarded a contract by The Department for Business, Energy and Industrial Strategy (BEIS), under its Net Zero Innovation Portfolio Low Carbon Hydrogen Supply 2 Competition, to accelerate the commercial deployment of its 5MW Gigastack platform.