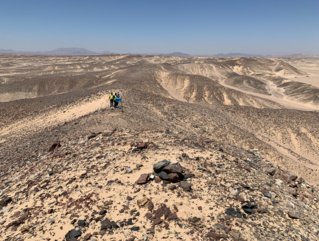 500MW Build-Own-Operate wind farm will be located 40km from Ras Ghareb and will be the largest privately developed, utility-scale wind power plant in Egypt

Red Sea Wind Energy, together with the Egyptian Ministry of Electricity and Renewable Energy recently held a ground-breaking ceremony for a new 500MW Build-Own-Operate wind farm near Ras Ghareb in Egypt.

Red Sea Wind Energy is a consortium comprising of ENGIE (35%), Orascom Construction (25%), Toyota Tsusho Corporation (20%), and Eurus Energy Holdings (20%). The Gulf of Suez 2 project is located on the shores of the Gulf of Suez, a statement added.

It pointed out that it is located 40-kilometres North-West of Ras Ghareb, and that it would be the largest onshore wind power plant in ENGIE’s portfolio. The project meets strict environmental standards and supports Egypt's transition to renewable energy, it added.

Once fully operational, the plant will be the largest privately developed utility-scale wind power plant in Egypt, capable of delivering clean power to more than 800,000 Egyptian homes.

By leveraging the exceptional wind resources in the Gulf of Suez area, with 360 days of wind per year, will significantly support Egypt's decarbonisation efforts. Overall, the Gulf of Suez 2 wind farm will contribute to Egypt's renewable power generation goals of having 42% electricity produced from renewable sources by 2030 and will reduce CO2 emissions by ca. 1,000,000 tonnes annually, the statement added.

This new 500 MW wind farm project builds on the past success achieved by the consortium in developing Gulf of Suez 1 – Ras Ghareb Wind Farm (262.5 MW), Egypt's first renewable energy Independent Power Producer (IPP) project of its kind and size. That project was completed in October 2019 ahead, and now, with the new project, the developer consortium’s wind energy capacity in Egypt has tripled to 762.5 MW.

This new project was negotiated on a bilateral basis with the Egyptian Electricity Transmission Company (EETC) as the off taker, using the same consortium as in Gulf of Suez 1, the statement concluded.