Reflections on the UK’s energy strategy 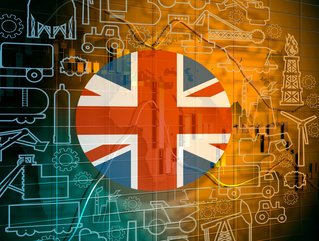 After Ofgem announced a 54% hike to energy price cap which took effect on April 1, the sound of the UK Government’s new energy strategy landing on desks across the country may have been mistaken for a stable door closing. Still, the first step is to take one, to continue the aphorisms.

Nevertheless, it is hard not to wonder where the leadership on UK energy policy has been for the last 10 years or more. Energy price caps, North Sea windfall tax raids, Feed-in Tariff U-turns, and drilling moratoriums have stifled UK domestic production and seen international capital deployed elsewhere.

Among other things, Boris Johnson’s strategy promised an additional 50GW of offshore wind power by 2030, a 500% increase in installed solar capacity and “second lease of life” for the UK North Sea which is estimated to hold remaining reserves of 7.9bn barrels of oil and 560bn cubic metres of natural gas. The plan for “cheaper, cleaner and more secure energy” was reiterated earlier this month in the Queen’s speech, where it was announced that the government will introduce an Energy Security Bill.

While The Strategy and plans for an Energy Security Bill are ambitious, it seems that there is still little prospect for progress towards a fully developed UK onshore oil and gas industry where there has been a moratorium on unconventional drilling since 2019.

Despite the Government commissioning an impartial technical review of drilling induced seismicity, by the British Geological Society, the policy remains the same: no new onshore drilling unless new evidence emerges - although the Government’s approval this week of UK Oil & Gas plc’s application to drill two onshore exploration wells in Jeremy Hunt’s Dunsfold constituency, which could be produced using fracking techniques, may signal a change in outlook for the UK industry.

The industry’s supporters claim Britain sits on an ocean of shale gas significant enough to meet domestic demand for many years to come. These claims are contested by others, but with UK production of natural gas expected to decline significantly from 34.9 bcm in 2020 to 8.9 bcm by 2035, it would seem that UK onshore production offers the prospect of at least arresting the decline and could deliver GHG reductions on foreign imports typically produced and transported using more emissions intensive operations.

Given the scarcity of natural gas production in western Europe, it is questionable whether other European nations would be so quick to ignore significant potential reserves of cheap natural gas on their doorstep.

If the UK is serious about ensuring its energy security in the medium-term then it cannot afford to ignore its own resources. Advocates argue that the UK should extract every last drop of oil and gas from the ground and monetised whilst their remains social licence to do so, or else leave a significant capital resource unexploited whilst paying high sums to import the same resource from abroad.

On the evidence of the Strategy there is not sufficient will within Government to grasp the nettle.

Lewis Jones and Tom Edwards are Partner and Senior Associate respectively at Baker Botts London. From its history in the energy industry, to establishing deep benches of talent in intellectual property, technology, TMT and life sciences, the law firm has a heritage of helping clients push into new business frontiers.