Reid's Push to Win in Clean Energy in Nevada 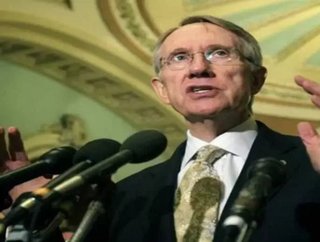 US Senator Harry Reid released a report today discussing the importance of investing in Nevada&#39;s vast renewable energy resources by the federal an...

US Senator Harry Reid released a report today discussing the importance of investing in Nevada's vast renewable energy resources by the federal and state governments. The Silver State ranks in the top 5 nationally for solar capacity, 3rd for utility-scale solar projects and 1st for geothermal developments.

“If we’re going to continue to get investments in the future, we have to work together to develop the state’s clean energy resources,” Reid said Monday in a call formally unveiling the bill. “We’re fortunate to live in a state with an abundance of renewable energy resources. But the projects don’t happen by accident and they do not happen overnight. It takes important state actions for Nevada to realize its renewable energy potential.”

The 18-page report reveals the current facts and figures of each of the six major, federally backed renewable energy projects currently under construction in the state. As an extension of the 1603 tax credit program, which lets project developers monetize tax credits into a cash grant to invest in projects, comes up for a vote in the Senate, Reid reinforces its importance.

The 110 megawatt Crescent Dunes solar thermal energy project near Tonopah will generate power for over 43,000-75,000 homes, the report states. That project alone will employ over 600 workers on site. This project, however, would never have been built without the nearly $1 billion of investment, supported by federal policy programs that support renewable energy advancement.

Other projects highlighted in the report are expected to generate over 2,200 jobs and add over $1 billion to the state's economy.

"Critical clean energy policies set at the state and federal levels have acted as catalysts for private development in Nevada, said Lydia Ball, Executive Director of the Clean Energy Project, in a statement. Investing in Nevada's clean energy infrastructure is an investment in our economy, and several clean energy projects under construction demonstrate how public-private partnerships bring jobs and economic growth to Nevada. An aggressive clean energy path for Nevada will make us the heartbeat of clean energy innovation in the region, reduce pollution, and prepare us to compete in the 21st century."