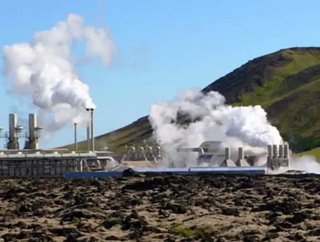 Human populations, for more than 10,000 years, have utilized geothermal resources. Geothermal energy continues to impact our lives, from the Paleo-Indian populations bathing in the warm water of hot springs to present-day geothermal energy harnessing the capability to generate sustainable electricity. The upper six miles of the earths crust, alone, harnesses 50,000 times more energy than all the oil and gas reserves combined. However, geothermal potential is far from being reached as advancements have slowly and sporadically progressed over the past century. These twentieth century advancements can be traced technologically in the form of the three main geothermal plants. The plant types: dry, flash, and binary have contributed to the accessibility and popularity of geothermal energy. Gaining knowledge of their progress and structure helps aid in the proliferation of sustainability.

Dry Steam
Dry plants were first invented in the Italian town of Lardarello in1904. Dry plants use a direct system of pumping the high-pressure steam straight from a geothermal reservoir in order to generate electricity. The steam travels up the production well, passes multiple rock-catchers to prevent congestion and blockage, and then enters directly into the steam turbine, resulting in units of electricity. The Dry Steam Plant’s close relationship to the underground reservoir obviates secondary steps such as boilers and boiler fuel, which is used by other steam-generated plants. Due to this requirement, however, Dry Plants are only in locations such as The Geysers in Northern California, where a direct geothermal connection can be made. While effective, the inhibited accessibility of Dry Plants makes it the least widespread of the three. Dry plants first succeeded in America in the 1960’s and are still in use today. Further advances in Geothermal Technology were not seen until the early 1980’s in the form of Binary technology.

Binary
Binary plants are distinct from the dry steam plants, because the geothermal water is not the only catalyst for electricity. Instead, a secondary fluid is used to ignite the generator and produce electricity. During the process, two separate cycles are taking place simultaneously to create a steady and efficient generation of electricity. These two processes are converted using the binary heat exchanger. At one end of the exchange is the geothermal water, which is used to heat the secondary fluid with a lower boiling point. The outcome is a vapor, which acts much like the dry steam, moving up the production well and into the turbine, resulting in the generation of electricity. The binary process also acts as a closed cycle, meaning after electricity is generated, much of the remains will condense back into a cooler liquid form, running down another well, and returning to the reservoir from which it came, where the process can be repeated. This full circle is the binary process that enables cooler reservoirs to generate electricity.

Flash
Flash plants were implemented later in the 1980’s and as of 2010 have been the most common geothermal plants in operation. Flash plants operate on a pressure-based system where high-pressured water and super-heated fluid is sprayed into the reservoir. This injection causes a lower-pressured fluid to “flash” into a vapor, forcing it up through a series of high to low-pressure valves within the production well. When this stream reaches the turbine and goes through the generator, it produces electricity. The fluid left over, which is not turned into steam, flows back through a clarifying process and returned back down the production well.

While geothermal technology continues to advance and spread, a hope for a cleaner future appears closer than ever before. Geothermal energy is clean, producing less than one-sixth of the carbon dioxide emissions of a clean natural-gas power plant. Geothermal energy is also abundant, steady, predictable, and available twenty-four hours a day. With further efforts from governmental and privatized sectors continuing the development of geothermal plants, the technology will become more affordable, more widely available and more efficient. While the technology has not yet reached its full potential, the gap is slowly closing and progress will continue to be made.