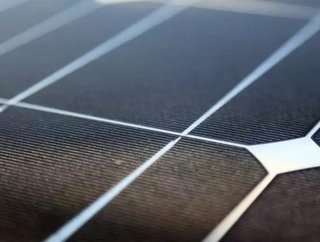 As more of the environment continues to deteriorate and electricity costs rise, more and more people around the world are considering switching to green...

As more of the environment continues to deteriorate and electricity costs rise, more and more people around the world are considering switching to green energy.

One of the forms of green energy that are available today is solar energy. Solar energy can provide great benefits for homeowners and building owners, and it is increasingly being used in many countries.

Germany is the world leader in terms of solar photovoltaic (PV) installations, with a total of 7.5 GW installed in 2011. In the same year, it had a PV capacity of 25 GW, and its PV systems produced 18 TWh of electricity, which was about three percent of its total electricity production. According to some experts, solar power may account for up to 25 percent of the country's total electricity generation by 2050.

An excellent feed-in-tariff scheme, wide availability of good PV systems and services, easy financing and a high level of public awareness of solar PV technology are some of the factors that have contributed to Germany's success in solar adoption.

Spain is a country with great PV potential, because it receives more hours of sunshine than most other European countries. The government's focus on establishing a national solar energy industry has made the nation one of the largest solar PV markets in the world. In 2010, the total solar power in the country was about 4 GW, and the amount of solar energy generated was 6.9 TWh, which covered 2.7 percent of the total electricity demand.

Similar to Spain, Italy also gets plenty of sunlight, and it uses a combination of well-segmented feed-in-tariff and net-metering to become one of the top solar countries in the world. It had close to 156,000 PV plants with a total PV capacity of 3.4 GW, and produced 1,905 GWh of solar PV energy in 2011.

Japan has been expanding its solar energy industry since the 1990s, and it is now one of the leading manufacturers and users of solar panels in the world. In 2011, its solar PV installations totaled 4.9 GW, most of which was grid-connected.

The amount of sunshine received in the U.S. is rising every year, and this has provided the ideal condition for the adoption of solar energy. States have implemented various policies to support the use of solar power, resulting in a significant increase in solar PV installations across the country. There are plans in place to construct more large-scale solar power facilities, which will boost solar energy capacity in the coming years.

One of the main reasons why so many households are starting to use solar energy is because of its great financial benefits.

Using solar energy can help households save more than $1,000 on energy costs every year. It also enables them to make some extra money by selling excess energy to utility companies.

Additionally, it can significantly increase the value of a home. Many utility companies are also switching to solar power to save energy and reduce costs.

Efforts are constantly being made to make solar energy affordable to the masses, and it is only a matter of time before it becomes a mainstream energy source.