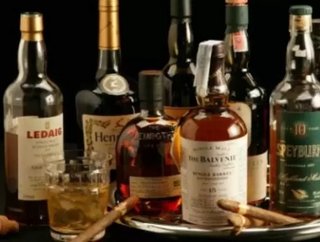 Ahhh... Scotch Whiskey. With hues of peat moss and just the right bite, "Scotch" has become a staple in the executive wet bar. Now, th...

Ahhh… Scotch Whiskey.  With hues of peat moss and just the right bite, “Scotch” has become a staple in the executive wet bar.  Now, through a first-of-its-kind process, Scotland is introducing a renewable biomass power plant that generates energy from whiskey byproducts.

The combined heat and power plant in Rothes, Speyside, will produce 7.2 MW of electricity—enough energy to power 9,000 homes.  The electricity generated will be fed directly into the national grid.  The biomass power plant will offset an estimated 46,642 tons of CO2 emissions.

Throughout the plant’s construction phase, roughly 100 jobs will be created and upon completion 20 full-time posts will be filled.  The power plant is expected to come online in 2013.

Frank Burns, managing director of Helius CoRDe Ltd—the joint venture behind the project—adds, "This innovative project demonstrates how Scotch Whisky byproducts can be put to good use to provide a big boost to the environment and ensure there are new sources of energy available for future generations.  It also shows distillers working together, and in partnership with third-party expertise, for the future benefit of the entire industry."

Power plants like these will likely become commonplace as fossil fuel-dependent countries seek alternative sources to diversify their energy generation.  In fact, creating value chains from food and beverage byproducts holds great promise in renewable energy.  For example, Sweden has already spearheaded a nationwide biogas program that collects and processes methane from the entrails of butchered livestock to run its transportation sector.  Also, cellulosic ethanol and isobutanol production plants, which can turn food waste like corn husks and other non-edible plant byproducts into fuel, are “cropping” up all over the world.  Creating an energy loop in conjunction with food production is just plain smart.  We’ve all got to eat, and we might as well turn the leftovers into useful electricity!