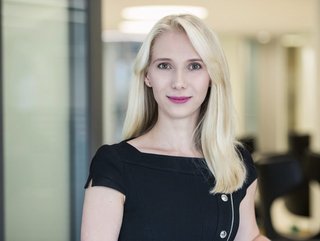 Scottish Widows has updated its exclusions policy to lower the threshold for extraction of thermal coal and tar sands from 10% of revenue to 5% to reflect the progress made by the leaders in the sector who have been dramatically reducing their reliance on such highly pollutive fuels.

These new divestments from the UK pensions provider build on the £1.4bn-worth of previous exclusions applied to Scottish Widows’ investments, bringing the total value of the provider’s exclusions to nearly £3bn.

Maria Nazarova-Doyle, Head of Pension Investments and Responsible Investments at Scottish Widows (pictured), said it is imperative that the pensions industry champions a responsible approach to investing, creating strong financial returns for savers with the help of active stewardship while divesting from practices that threaten the long-term health of people and our planet.

“We stand by our belief that carbon-intensive sources of energy such as thermal coal and tar sands will ultimately be replaced by greener renewable sources such as wind or solar," she said. "As such, exiting these highly damaging areas and redirecting capital to more climate-aware investments makes perfect investment sense.”

Scottish Widows has worked closely with FTSE Russell to construct a range of new bespoke screened indices for its passive funds which will be managed by BlackRock. Alongside the carbon exclusions, these new indices cover existing screens from Scottish Widows’ policy – including holdings in manufacturers of controversial weapons and United Nations Global Compact violators.

The new indices will cover more than £20bn-worth of assets under management, and the launch is being marked at a market opening ceremony today at the London Stock Exchange.

Around $1.75trn is being allocated to investments in the green transition and sustainability, and pension funds are investing billions in green energy and infrastructure, creating ramifications across the construction and engineering supply chain. International engineering company COWI announced in January it will no longer participate in tenders for new fossil fuel projects.

Rupert Younger, founder of the Centre for Corporate Reputation at Oxford University and who chairs the Enacting Purpose Initiative, highlighted five key themes in a recent McKinsey paper exploring the role of ESG and purpose.

"The first is having clarity on what matters. Investors are not interested in frothy statements but in understanding how purpose is material to the performance of the business," he said.

"The second is evidence of metrics. Investors want businesses to be much clearer on why purposeful activity produces business outcomes. They also want to see how senior-executive teams are aligned through their incentive systems to deliver purposeful activity.

"The fourth area is how purpose informs capital allocation decisions, both financial and human capital. The final concern is standardisation of reporting. There has been an explosion of different reporting mechanisms, which is not necessarily helpful, but as in any new frontier, you will start to see coalescing around the most powerful and easy-to-adopt standards."