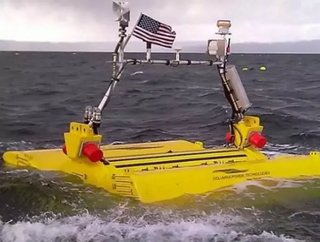 Off Seattle&#39;s coast, a new buoy system serves as a prototype for generating wind turbines powered by waves. &ldquo;What we have here is the beginn...

Off Seattle's coast, a new buoy system serves as a prototype for generating wind turbines powered by waves.

“What we have here is the beginning of a change in how we are going to produce electricity in the United States and the world,” Reenst Lesemann, the CEO of Columbia Power Technologies, told reporters.

By using the motion between the buoys, generators spin and convert the ocean waves or sound waves into electricity. The system represents over a decade of research and development. The prototype will be enough to power an average American home, but by installing a full-scale model, hundreds will be covered.

As most of the world's populations lives within 100 kilometers of a coast, the source of energy is reasonably close to demand. In the next year, a full-sized buoy is expected to be up and running.