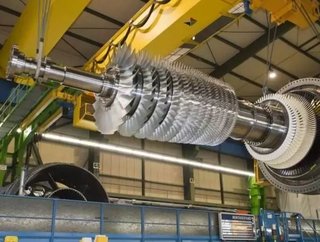 Global energy giant Siemens is buying the Rolls-Royce Energy aero-derivative gas turbine and compressor business, which will strengthen the company’s position in the growing oil and gas industry as well as in the field of decentralized power generation. The purchase price is £785 million or about €950 million. The transaction is expected to close before the end of December 2014, subject to regulatory approvals.

In addition, as part of the transaction, Siemens will get exclusive access to future Rolls-Royce aero-turbine technology developments in the 4 to 85 megawatt power output range as well as preferred access to supply and engineering services. For this 25 year duration agreement, Siemens will pay Rolls-Royce an additional £200 million, or about €240 million.

By acquiring Rolls-Royce's small and medium aero-derivative gas turbines with a power output of up to 66 megawatts (ISO/wet-rating), Siemens will close a technology gap in its extensive gas turbine portfolio.

Siemens President and CEO Joe Kaeser also recently announced the company’s new Vision 2020, which plans for Siemens AG to position itself along the electrification, automation, and digitalization value chains that are projected to have the greatest long-term potential. The measures include the purchase of the major part of Rolls-Royce’s energy business and the contribution of Siemens’ Metals Technologies into a joint venture. In addition, Siemens is making its organization flatter and more customer-oriented.

The company also plans to expand its share plans for employees below the senior management level and increase the number of employee shareholders by at least 50 percent to more than 200,000. Siemens plans to make up to €400 million available annually for that purpose. In addition, the launch of the previously announced share buyback program of up to €4 billion will happen in the near future.

The focus on electrification, automation and digitalization is the result of the in-depth and extensive analysis begun in August 2013, according to Kaeser. The company has identified the fields where it will be able to achieve long-term growth and high profitability with its products.

In order to take full advantage of the market potential in these fields, Siemens is realigning its organizational structures. As of Oct. 1, 2014, the organization will be streamlined by eliminating the sector level and bundling business into nine divisions instead of the current 16. In addition, healthcare will be separately managed in the future.