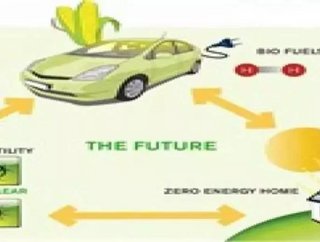 var addthis_pub="deantsouvalas";When Roger Duncan was a philosophy major in college, he stumbled upon the first Earth Day celebration and was forever ch...

When Roger Duncan was a philosophy major in college, he stumbled upon the first Earth Day celebration and was forever changed. Until that time he hadn't thought much about becoming an environmentalist. 25 years later, he's known as one of the pioneering business leaders in alternative energy.

Duncan is General Manager for Austin Energy, the nation's ninth-largest community-owned electric utility. Austin Energy serves a population of more than 900,000, and powers Texas' capital city through a diverse mix of sources. The company's portfolio includes nuclear, coal, natural gas and renewable like wind and solar.

As someone who never stops thinking about the shifting renewable energy landscape, Duncan's committed to making Austin Energy the clean-energy example of the US. "Roger's 3 a.m. List" has become code around Austin Energy for the challenging, thought-provoking questions that awake him in the wee hours of the morning.

It's his commitment to finding solutions through innovation in the alternative energy space that earned Duncan recognition in 2005 from BusinessWeek magazine as one of the leaders of the decade in the effort to reduce gases that cause global warming. Duncan joined an international and prestigious group of honorees that included former presidential candidate and Governor of New Mexico, Bill Richardson, former British Prime Minister Tony Blair, and California Governor Arnold Schwarzenegger.

Triangle of consumption and production
One of Duncan's areas of expertise is a globally popular phrase which can be heard all over. All across the world everyone from President Obama to The World Bank is talking about "the smart grid." However, some people still are unsure of its true meaning. Duncan is just the person to explain.

Taking a broad view of the