Solar for All New Buildings in Japan 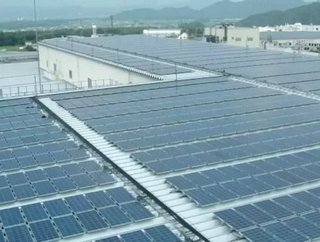 With Prime Minister Naoto Kans announcement to abandon the countrys plan to expand its nuclear sector with 14 new reactors in the wake of the Fukushim...

With Prime Minister Naoto Kan’s announcement to abandon the country’s plan to expand its nuclear sector with 14 new reactors in the wake of the Fukushima reactor meltdown, Japan is now seeking renewables to fill the gap.  Kan says Japan must “start from scratch,” with a new energy policy geared toward clean, renewable energy as well as energy conservation.  Part of the plant is a requirement to install solar panels on every new building constructed in Japan by 2030.

"Taking [Fukushima] as a lesson, we will lead the world in clean energy such as solar and biomass, as we take a step toward resurrection," says Kan.

The official announcement of the solar building initiative is expected to come at the upcoming G8 summit in Deauville, France.  The summit will likely also serve as a platform for Prime Minister Kan’s announcement that Japan will continue to operate its remaining functioning nuclear reactors pending safety confirmation.

The solar industry—both in Japan and abroad—should rejoice as Japan’s solar market is apparently about to skyrocket.  It is still uncertain how solar building contracts will be awarded under the new government mandate.  Favoritism may be granted to domestic manufacturers to help revive the country’s economy in the wake of the destructive earthquake and tsunami.  However, considering the scope of the initiative, foreign solar power firms may want to begin strategically inserting themselves in the Japanese market to prepare for the boom.
SolarPowerEnergyRenewable
Share
Share