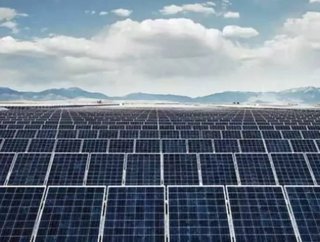 `The high costs of solar energy have for years made it an impractical source of energy, but that&#39;s starting to change as the price of solar cells p...

The high costs of solar energy have for years made it an impractical source of energy, but that's starting to change as the price of solar cells plummet. Major utilities, real estate companies and homeowners are racing to install solar panels as costs allow solar to finally go mainstream. It's a turning point in the renewable energy market with more projects planned for solar than any other source of power.

In the last year alone, solar power installations doubled in the US and are expected to double again. In September, Exelon and NextEra Energy, two of the US's biggest utility companies, acquired a solar power farm in California. NRG Energy has also confirmed it will spend $1.4 billion to install solar panels on 750 commercial rooftops. Across the country, solar installations have grown by 102 percent from 2009 to 2010.

Due to the lower costs of polycrystaline silicone, the main material that makes up most solar panels, and large scale manufacturing, there has been a surplus of solar panels on the market. These trends have made it difficult on the companies that make the panels, including Solyndra, a solar panel maker that received a controversial half million dollar loan only to go bankrupt. The bigger companies getting involved make it even more difficult for smaller companies to compete. General Electric, for one, just announced it would build the largest panel factory in the U.S. The good news is, an increase in supply will bring costs down even further. The bad news is that could mean more Solyndras to come.

“Solar is still a very young industry, it’s in enormous turmoil,” said Frank van Mierlo to Bloomberg, chief executive officer of 1366 Technologies, a manufacturer of silicon photovoltaics. “The largest solar company has been different every year for the last six years. This is a young market where things are getting flushed out. Fundamentally—for us as a country—this is really good news. You want solar to be cheap.”

Solar's share of the energy market, though small now, holds greater potential than any other form of energy. The power of the sun is about ten thousand times the average power consumption of all of mankind, beaming more energy onto the planet in one hour than the amount used in a year. With built-in smart grid capability, solar panels can be installed where they're used, reducing the costs of moving the power through a grid whereas wind turbines, for instance, require expensive power line infrastructure.

Subsidies and tax breaks are still an important component of keeping solar power competitive until it's cheap enough to compete with fossil fuels. Luckily the prices of solar panels are falling so quickly that many believe solar will become compatible by the time the federal subsidy shrinks by two thirds in 2016. As of now, the government covers 30 percent of the cost of a residential system, but with state and other subsidies, up to as much as 75 percent can be covered. The falling prices make solar systems appealing to homeowners for economic benefits rather than just their environmental impact.

Although many solar start ups are expected to get left behind, the industry is moving in the right direction for consumers. There are 30,000 megawatts worth of projects waiting approval in the US (ten times what is already installed), according to the American Public Power Association. If just a fraction are approved, the country will start to see solar dominate in renewable energy. For society, the falling price of solar is a good thing. It means the industry is consolidating, demand is growing, technology is rapidly improving and solar power is only a few years away from being truly competitive with coal or gas.