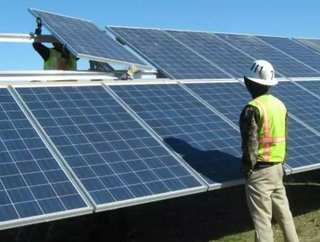 Solar Millennium is making a drastic move that it hopes will prove wise in the long-run. The company and subsidiary Solar Trust of America have decide...

Solar Millennium is making a drastic move that it hopes will prove wise in the long-run.  The company and subsidiary Solar Trust of America have decided to completely change the type of solar power technology used at its massive Blythe, California solar project.  Initially, the project was slated to use concentrating solar power (CSP), which uses mirrors to focus sunrays and harness thermal heat energy to power turbines.  Now, the companies collaborating on the project believe photovoltaic (PV) panels are the way to go.

Solar Trust of America has cited the lower costs of converting to PV over thermal energy.  The switch also opens the door to more favorable lending options.

Solar Millennium forfeited a $2.1 billion loan guarantee from the U.S. Department of Energy for construction of phase one of the project to make the switch to PV.

Solar Millennium plans to continue to pursue CSP projects throughout the world. "Our long-term strategy remains unchanged,” says CEO Christoph Wolff. "We see solid demand for CSP in the world's growth markets such as Africa, the Middle East, India and China. This is also true for Southern Europe where we have just achieved financial close on our fourth CSP plant in Spain.

"We strongly believe solar thermal technology will continue to fuel our market growth. The advantages of CSP as a grid-stabilizing renewable energy source with storage capabilities are obvious and highly valued by utilities elsewhere in the world. They will soon become systematically acknowledged in the US, as well. This includes the use of hybrid PV/CSP plants."

More than 60 percent of the total utility-scale installed solar power in the U.S. is CSP, and 70 percent of new developments currently under construction use CSP.  However, Photovoltaics are finally reaching price parody with traditional energy sources like coal and nuclear.  High manufacturing capacity and low costs will see PV taking a more prominent role in solar energy development from here on out.  The fact that this, one of the largest solar projects in the world, has decided to convert from CSP to PV should be a sign of things to come.