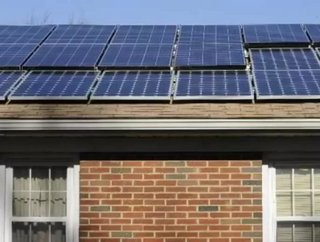 A few generations ago, before booking an overnight reservation, travelers would generally ask if a hotel had a pool, cable TV and a bar. But today...

A few generations ago, before booking an overnight reservation, travelers would generally ask if a hotel had a pool, cable TV and a bar. But today before checking in, some savvy hotel guests are asking questions about air quality, water conservation and how often the housekeeping staff changes the towels and sheets. And they may already know the answers.

Before choosing a destination, travelers can check several online databases to see if a hotel or motel is environmentally friendly. The lists are posted by different green lodging certification programs that award green seals of approval to hotels, motels and inns that qualify.

Touting environmental upgrades and innovations are part of the greening of the hospitality market, an industry evolution that is picking up some serious steam these days. The shift started slowly about 15 years ago, and there were no races among cost-conscious hoteliers to jump on the bandwagon.

Still, many chains and independent operators switched over to chemical-free cleaners, low-flush toilets and an every-other day change of linens and towels in order to earn their green seals. It was, after all, good marketing.

Now, however, the hospitality industry is seen green innovations in very practical terms – they save significant amounts of cash. And some of the major players in the market are no longer tinkering at the edges of the green-lodging movement with organic mini soaps and recycling bins. Some hotels are making major investments in solar power.

SOLAR-POWERED DESTINATIONS
The Hyatt Regency New Brunswick, NJ, recently installed a 32,000sf, 421-kilowatt system over the top floor of the hotel’s garage. According to Hyatt, the new solar panels will reduce CO2 emissions by 10,000 tons over the next 30 years, and will help lessen oil dependence by at least 749 barrels annually.

On the West Coast, San Francisco’s Hotel Carlton is blazing the solar trail with a photovoltaic system that produces about 12 percent of the building's electricity. And solar energy isn't exclusive to higher end hotels. Comfort Inn and Suites is also embracing solar and its bottom-line benefits.

The Comfort Inn in Bozeman, Montana has 24 solar panels heating up enough water to satisfy 65 percent of the hotel's hot-water needs. Management says the panels saved the business $3,800 in natural gas costs over the first nine months. At the Comfort Inn La Estancia near San Diego, the management hoping to see similar savings once its 83 kilowatt photovoltaic system is in place.

SOLAR MAKES SENSE
Investing in solar power makes sense for many businesses. For the hospitality market it makes nothing but sense. Hotels and motels consume vast amounts of energy. At large hotels and resorts hundreds of lights, air-conditioners and televisions burn fuel 24/7 and in many cases, guests aren't even in the room. According to the federal government’s Energy Star program, U.S. hotels spend an average of $2,196 per room each year on energy.

A study by Sage Blossom Consulting of 4,400 of the more than 50,000 hotels across the United States found 12 percent use some type of alternative energy. And that figure is starting to rise as the hospitality industry look for cheaper and greener types of energy.
Solar power is a perfect match for hotels and resorts that cater to tourists in Sunbelt states. Florida and California are leading the hospitality industry in green initiatives.

Some hotel owners are even choosing to become energy operators with solar energy systems that collect power during  sun's peak morning and afternoon hours, the times when most guest are out of their rooms. Hotels sell that energy to the grids for peak daytime hour prices and then buy discount evening-hour energy to power the A/C for returning guests.

INCENTIVES TO INVEST
For many in the hospitality industry, the roadblock to buying into solar is the initial investment, which can be substantial. However, there are many loan programs, grants rebates and tax credits available. The ticket price for the photovoltaic system at the Hotel Carlton was $163,951, but after rebates and tax credits the net cost was only $13,727.

The Westin Westminster in Colorado has applied for a federal grant and a rebate from Xcel energy to help pay for the new 32-kilowatt solar energy system that will help provide power to its 369 rooms.

Hotel owners and managers who have invested in solar say savings in energy costs start immediately. And many expect to see a bump in reservations thanks to the green travel and tourism guides that let travelers know which hotels are making a commitment to the environment.