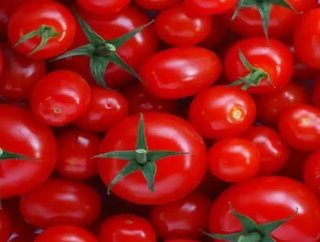 Under the Controlled-Environment Agriculture (CEA) project, it is now possible to have locally grown tomatoes in northern Nevada in the middle of Janu...

Under the Controlled-Environment Agriculture (CEA) project, it is now possible to have locally grown tomatoes in northern Nevada in the middle of January. Through a partnership between Sunscience Corporation and DoubleTree Ranch, the first plantings in October in facilities in Lovelock, NV resulted in the first batch of ripe tomatoes January 29.

SSC, a Reno-based energy company, has origins in systems integration and computer science, and EMS is a hybrid solar energy system that produces thermal energy on a compact footprint. Together, controlled-environment agriculture for greenhouses was a tremendous success. The system allows for up to two additional harvests, control over greenhouse climate during winter, conservation of water usage, optimization of soil conditions for temperature, and ultimately, the ability to grow and sell vegetables off-season—locally.

“We’re now able to launch a technology that is going to dramatically increase food production, and energy management globally. This is why we were just selected as ‘Entrepreneur of the Year’ by the Reno Gazette Journal,” SSC’s president Dick Kelsey told Solar Thermal Magazine.