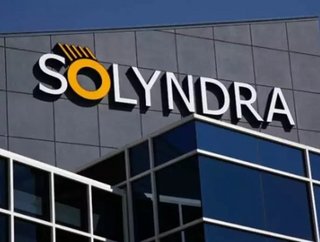 As the US solar manufacturing industry faces its second major shakeout in the last half-decade due to rapidly falling system prices, former Vice Presi...

As the US solar manufacturing industry faces its second major shakeout in the last half-decade due to rapidly falling system prices, former Vice President of Channel Sales at Solyndra, Inc. Scott Starr comments on the current environment in a webcast hosted by GLG Research today.

Why did the solar industry get hit so hard?

Solyndra's bankruptcy, after receiving a federal loan of half a billion dollars, has dominated media headlines across the industry for the last four months. But “with all the sensationalism, it's hard to tell fact from fiction,” says Starr. “There's a lot of publicity, but no electricity.”

With a glut of PV modules in the market and ramped up Chinese manufacturing, prices have dropped so rapidly that many solar panel makers are struggling to avoid a similar fate. Though Solyndra took the biggest public hit, the problem is bigger than just one firm. Evergreen, SpectraWatt, BP Solar, Beacon Power and Solon are some other major players to go bankrupt with notable divestitures coming from SPWR, RayTracker, Alteris, SolarCity, groSolar, MEMC wafer biz and others.

But despite all the hype, Starr says these are all expected trends for a rapidly maturing market. He explains that the industry was well aware that prices would be going down, but they “clearly went down faster than we had forecasted.” It's been a tremendously difficult market to predict and its complexities make picking “winners” very difficult. While the market experienced a significant drop in prices in 2010, it more recently experienced a drop of as great as 40 percent, Starr adds. And while every doubling of capacity of modules on the market is expected to bring down prices, those are usually somewhere around 15 percent. The plummet from around $1.80 per watt to about $1.05 per watt today was much more dramatic.

Pulling through the next few years, some companies will gain the upper hand, some will lower the quality of modules, while developers get caught somewhere in the middle. Ultimately, demand will remain the strongest driver. Despite a few more bumps in the road, however, Starr sees a very positive future for the industry beginning around 2015 as solar moves closer to grid parity. After solar hits retail parity around that time, solar will be well on its way to competing at the wholesale level.

As electricity rates of utilities across the US increase, “I have little doubt that, with the evidence of cost-out in the industry, that solar will get to a place of parity,” Starr says.

What are the top risks that could hinder the solar market moving forward?

The two major risks Starr alludes to in his presentation are mainly the fate of the 1603 cash grant, which has been extremely successful in reducing companies' dependences on tax equity, and monitoring potential tariffs place on Chinese panels. Subsidies and regulations will still remain a crucial component of keeping the industry afloat and pushing it forward. Tariffs on Chinese companies selling modules into the US market will also be critical, which could result in as much as a 30 percent cost structure difference. Watching what happens with that trade case in the March hearings under the Department of Commerce will help determine the future of the domestic solar market.

Less worried about a continued drop in the price of solar as more panels come onto the market, Starr says it will mostly come down to monitoring the regulatory policies and accessing capital over the next few years that will act as the biggest drivers for the survival of most companies. Expect to see a few more setbacks, but be prepared for an exciting revival of the industry as 2015 rolls around.