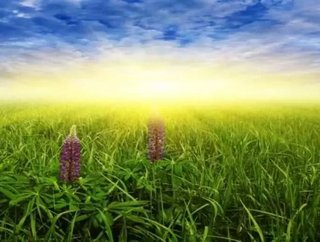 Sunservice Ltd, a Bulgarian developer of large-scale solar power plants, is commissioning its first photovoltaic power plant, which will include So...

Sunservice Ltd, a Bulgarian developer of large-scale solar power plants, is commissioning its first photovoltaic power plant, which will include SolarMax inverters, produced by Sputnik Engineering. The plant will be located in the town of Ihtiman, in western Bulgaria. The system generates a total output of two megawatts. The company, based in Sofia, has an additional six central SolarMax 330C-SV inverters installed. The devices have a rated output of 330 kilowatts each, achieving a maximum efficiency of 98 percent.

The company was dedicated to selecting the right inverter supplier for the plant. Rumen Christov, CEO of Sunservice, stated, "Sputnik has a lot of experience with central inverters." Christov expects the solar plant to generate 1,250 kilowatt hours, per kilowatt, annually. Based on the present Bulgarian infeed rate for power, the plant operator will be paid 37.2 euro cents for every kilowatt hour produced.

Because of the good irradiation conditions and the attractive price, Christov expects rapid growth in the Bulgarian solar market. "At present, in Bulgaria, less than 10 megawatts of photovoltaic capacity is installed,” said Christov. "This year, new plants with an overall capacity of 10 to 50 megawatts will be built. By 2015, in Bulgaria, plants will be producing a total output of 500 to 1,000 megawatts of solar power. By 2020 this figure will rise to 2.5 to 4 gigawatts.”“

Sputnik Head of Sales and Marketing, Daniel Freudiger, stated, “Bulgaria is a very important growth market for us. We have already signed several excellent partnerships and will continuously expand our network.” This past March, for example, in eastern Bulgaria the Swiss inverter manufacturer commissioned the country's largest solar plant with an overall capacity of 2.4 megawatts fitted with SolarMax central inverters.