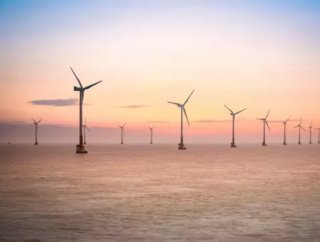 The two-year contract, with the option of two one-year extensions, covers the provision of helideck services and helicopter refuelling system services for Hornsea One, billed as 'the largest offshore wind farm in the world', off the Yorkshire coast.

This contract builds on the previous original equipment manufacturer (OEM) contract in 2017, for three complete helicopter refuelling systems, and includes further scope for the provision of aviation services for additional Hornsea installations later in the project.

Jonathan Hughes, Vice President Aviation at Swire Energy Services, said: “This is a significant project to be involved in and we look forward to supporting them with the ongoing efficient operation of the Hornsea One and Hornsea Two wind farms over the coming years. Providing aviation services for the world’s largest wind farm is precedence of our continued growth, following the acquisition of Norwegian based Helifuel AS last year.”

The contract will be delivered by SES’ aviation teams in Aberdeen, Norway and the UAE, with support from the company’s global aviation centre of excellence.

This announcement comes just weeks’ after the expansion of SES’ wind division with the significant acquisition of Danish specialist wind service provider, ALL NRG.

This week Ørsted revealed its intention to invest up to £12 billion directly with Scottish companies on developing and constructing offshore wind farms in the country over the next 10 years, with billions more to be spent with Scottish supply chain businesses once these wind farms become operational.

These proposals are contained in bids submitted to the Crown Estate Scotland through its ScotWind offshore wind leasing round and would provide more than 8.5GW of clean, renewable electricity if Ørsted's bids are successful.

The company has entered bids for five projects, two floating wind only bids as part of its joint venture partnership with BlueFloat Energy and Falck Renewables, and a further three as Ørsted alone which include a mix of fixed and floating wind technologies.

Martin Neubert, Chief Commercial Officer at Ørsted, said it aspires to be the world’s leading green energy major by 2030. "Orsted has the largest development pipeline in the offshore wind industry and it’s our clear ambition to remain the global market leader in offshore wind."

In another energy boost for the UK east coast, Grimsby has been chosen as the location for an innovative “marinised” electrolyser project for renewable hydrogen production.

The Fuel Cells and Hydrogen Joint Undertaking (FCH JU) funded OYSTER project will develop and demonstrate an electrolyser system designed to be integrated with offshore wind turbines. The project will also investigate the potential of using pipelines to transport hydrogen to shore.