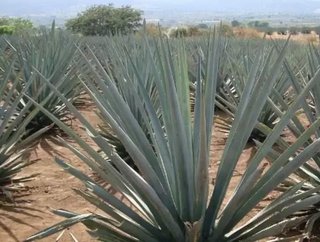 Grab the lime and salt! Tequila may soon offer more than just delicious frozen margaritas. Researchers find that the agave plant, used to distill the f...

Grab the lime and salt!  Tequila may soon offer more than just delicious frozen margaritas.  Researchers find that the agave plant, used to distill the famous Mexican spirit, may also serve as a biofuel crop to produce ethanol.

"Agave has a huge advantage, as it can grow in marginal or desert land, not on arable land," and therefore would not displace food crops, says Oliver Inderwildi, at the University of Oxford.

The majority of ethanol produced in the world is still derived from food crops such as corn and sugarcane.  Speculators have argued for years now that using such crops for fuel can drive up the price of food.

Agave, however, can grow on hot dry land with a high-yield and low environmental impact.  The researchers proposing the plant’s use have modeled a facility in Jalisco, Mexico, which converts the high sugar content of the plant into ethanol.

The research, published in the journal Energy and Environmental Science, provides the first ever life-cycle analysis of the energy and greenhouse gas balance of producing ethanol with agave.  Each megajoule of energy produced from the agave-to-ethanol process resulted in a net emission of 35 grams of carbon dioxide, far below the 85g/MJ estimated for corn ethanol production.  Burning gasoline produces roughly 100g/MJ.

"The characteristics of the agave suit it well to bioenergy production, but also reveal its potential as a crop that is adaptable to future climate change,” adds University of Oxford plant scientist Andrew Smith.  “In a world where arable land and water resources are increasingly scarce, these are key attributes in the food versus fuel argument, which is likely to intensify given the expected large-scale growth in biofuel production."

Agave biofuel trials are taking place in deserts around the world, particularly in Australia—a leader in advanced biofuel research.  Researchers claim that abandoned agave plantations in Mexico and Africa could be revitalized and converted to biofuel operations.