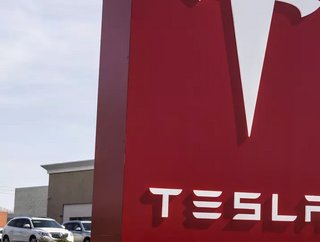 The installation of Tesla battery energy storage in the UAE supports the development of the Mohammed bin Rashid solar park, one of the largest in the world

Mohammed bin Rashid Al Maktoum Solar Park spans a total of 77 square kilometres in Saih Al-Dahal, just 50km from Dubai. The project is the largest solar project in the United Arab Emirates (UAE) and one of the largest renewable energy projects in the world and has recently received input from the battery manufacturing giant, Tesla.

The US-based manufacturer supplied the technology for around 1.21MW (8.61MWh) of energy storage, commissioned by the Dubai Electricity and Water Authority (DEWA), which is one of the second battery energy storage projects to be piloted by the DEWA at the 5GW park.

According to Saeed Mohammed Al Tayer, Chief Executive of DEWA, ‘The pilot project will evaluate the technical and economic capabilities of this technology within the operational framework of electricity systems in solar photovoltaic power plants. [...] It also tests the role of this technology in the integration between clean energy and energy storage to achieve maximum efficiency and reliability’.

The first 1.2MW facility was constructed at the site in 2018 and was supplied by the Japanese ceramics company and network-attached storage (NAS) provider, NGK Insulators Ltd. This energy storage solution was connected to the first 13MW area of the solar park, which was originally built in 2013 by First Solar, the US thin-film module manufacturer.

The whole site is due to be completed by 2030 and is said to feature CSP units as well as hydrogen facilities, with around 1,013MW of energy generation capability.

As we saw in July this year, Tesla has experienced some issues with its battery storage devices in a hot climate. As a result of the mishap in Australia—an unforeseen issue with its megapack storage that caused a fire at the Victoria facility—it will be interesting to see how the battery storage systems fairs in the high heat of the UAE.