The North Sea: Ushering in a new energy transformation dawn 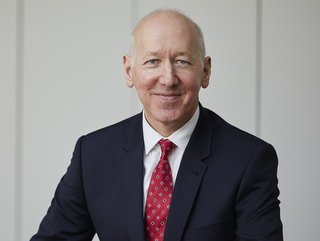 Steve Scrimshaw, CEO at Siemens Energy UK & Ireland, reflects on the energy opportunities in the North Sea and identifies the need for collaboration

The North Sea can become Europe’s largest climate-neutral energy system by 2050. It can help deliver net zero by modernising existing assets, becoming a test bed for new technology, and enabling a new level of energy connectivity between European countries.

Shallow waters and raging winds make the North Sea an ideal location for offshore wind, and the geology that kept natural gas in place for millions of years is the perfect place to bury carbon dioxide. There are challenges though. Its harsh weather and seabed conditions and tides create difficult infrastructure issues. However, overcoming these obstacles could see the North Sea become a beacon for change.

But we need to do a lot more to meet the UK target to deliver up to 50GW of operating offshore wind capacity by 2030. For Europe, to reach climate neutrality by 2050, offshore wind needs to grow from today’s 29GW capacity to well over 300GW.

Green hydrogen, created by wind power, will play a vital role in the long-term energy storage of the future - but we need to have the technology to store it, transport it, and use hydrogen and its derivatives.

Building renewable infrastructure and a hydrogen economy will take time and capital. The UK’s North Sea Transition Deal sets a target to reduce 25% of offshore production emissions by 2025 and achieve net zero by 2050 – but we cannot switch off fossil fuels overnight.

We’ll need to continue to use fossil fuels in this interim period; we must minimise emissions from production, and we mustn’t stop there. The UK today still relies on about 40% natural gas.

The natural gas we bring ashore can also be cleaned up through carbon capture and storage technologies. Shared port networks can transport and store captured carbon dioxide so it never reaches the atmosphere, and therefore can’t add to the greenhouse effect. Such networks will increasingly save costs and bring greater resilience.

The good news is history shows fast transitions can happen. Ten years ago, coal provided 45% of UK’s electricity, now it's less than 2%. The North Sea is a megaproject that involves many countries, industries, companies, and people, and the energy transition isn’t going to be solved by one technology or one company alone.

This is a global challenge, and the time to innovate and work together is now.