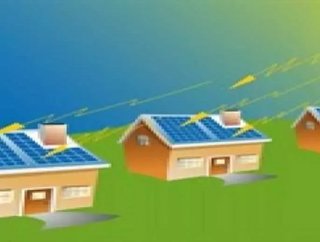 Third-generation thin-film solar devices are beginning to emerge in the marketplace following 20 years of research and development, according to Researc...

Third-generation thin-film solar devices are beginning to emerge in the marketplace following 20 years of research and development, according to Research and Markets www.researchandmarkets.com . Leading material developers responsible for bringing the innovative technology forward include Konarka www.konarka.com and Plextronics www.plextronics.com in the organic photovoltaics domain, and Dyesol www.dyesol.com , EPFL www.epfl.ch , G24i www.g24i.com , Mitsubishi www.mitsubishielectricsolar.com and Peccell www.pecell.com on the dye-sensitized cells front.

Research and Markets, the world's largest market research resource, recently announced the addition of the "Third-Gen Thin-Film Solar Technologies: Forecasting the Future of Dye-Sensitized and Organic PV" report to their offering.
According to the report, both DSC and OPV technologies lag far behind on the efficiency curve when compared to conventional solar (i.e., greater than 20 percent efficiency), so they will likely succeed in markets where their low cost, substrate flexibility, and ability to perform in dim or variable lighting conditions provide them with a significant competitive advantage. DSC will target larger area BIPV applications while OPV will find its application in lower power consumer applications.

To break into the existing and new PV markets, there are several factors involved, including costs in dollar per Wp as well as dollar per m2 of product and power availability (kWh/Wp/annum.) The technical and environmental profile of each newly introduced technology, added value for the consumer and architects and ease of production and the scale at which a production plant becomes economically feasible also play a part, the report states.

At this stage, third-generation PV is not at a price point to be able to compete directly with silicon-based cells or the more exotic thin-film technologies, but it will nevertheless play a significant energy role in applications and markets that conventional solar materials will never be able to penetrate, the report says. These include low-power consumer electronics, outdoor recreational applications, and BIPV applications.

"One of the greatest appeals of third-generation thin-film solar cells is that they can be manufactured using solution-based, low-temperature roll-to-roll manufacturing methods, incorporating conventional printing techniques on flexible substrates, which presents the opportunity for a more economical alternative for solar cells within the next few years. Such new low-cost third-generation solar cells will offer larger surface areas with enhanced performance," the report states. "However, to enable long-term use of DSC and OPV in conventional electricity generation, e.g., in grid-connected or stand-alone rooftop applications, significant progress in cell efficiency, stability, and lifetime are needed."