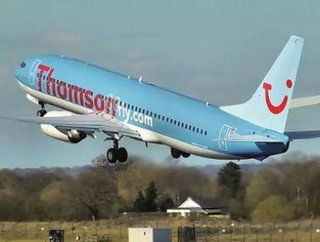 This is turning out to be the season of biofuels for the airline industry. Energy Digital has already reported on some major breakthroughs, such as the...

This is turning out to be the season of biofuels for the airline industry.  Energy Digital has already reported on some major breakthroughs, such as the first biofuel–powered trans-Atlantic commercial flight and a major deal playing out with several leading airlines for Solena Fuels' proprietary biofuels.  Now, U.K.-based commercial carrier Thomson Airways--the largest charter airline in the world--plans to be the first to use biofuel derived from used cooking oil to power its flights from Birmingham to Mallorca, a favorite Spanish island vacation destination for Brits.

Thomson’s managing director Chris Browne says the airline “plans to expand its use of sustainable biofuels across its fleet over the next three years.”  Thomson’s parent company, TUI Travel, plans to reduce carbon emissions across all of its airlines by 6 percent from 2008-2014 in response to stricter emissions regulations initiated by the European Union.

While other airlines have experimented with various plant-derived biofuels in the past, Thomson’s 50/50 biofuel blend uses esters and fatty acid fuels made from used cooking oil.  The benefit of using cooking oil is that it is considered a waste product that is readily available for collection from the food industry, whereas plant-derived biofuels can require extensive agricultural operations.

The European Union is strongly supporting biofuel use in the aviation sector.  Various European airlines and biofuel producers have even signed a recent agreement to produce and use 2 million tons of aviation biofuel by 2020.

U.K. Aviation Minister Theresa Villiers says, "The British government believes that sustainable biofuels have a role to play in efforts to tackle climate change, particularly in sectors where no other viable low carbon energy source has been identified—as is the case with aviation."