TotalEnergies to withdraw from Myanmar 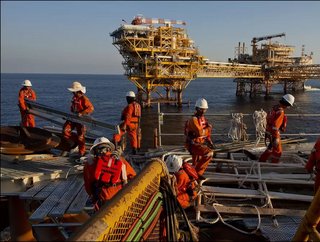 TotalEnergies has decided to withdraw from the Yadana field and MGTC in Myanmar, both as operator and shareholder.

The company said it had not been able to meet the expectations of many stakeholders (shareholders, international and Burmese civil society organisations), who are calling to stop the revenues going to the Burmese state through the state-owned company MOGE from the Yadana field production.

"In fact, this is materially impossible for TotalEnergies, as most of the payments for the sale of the gas are made directly by the Thai company PTT, the buyer of the exported gas," it states. "TotalEnergies has also approached the French authorities to consider putting in place targeted sanctions that would confine all the financial flows of the various partners to escrow accounts without shutting down the gas production."

Following the coup of February 2021, and decline in human rights and more generally the rule of law, TotalEnergies said it no longer is in a position to make a sufficiently positive contribution in the country.

Agreements stipulate that, in the event of withdrawal, TotalEnergies' interests will be shared between the current partners, unless they object to such allocation, and that the role of operator will be taken over by one of the partners.

During this notice period, TotalEnergies will continue to act as "a responsible operator" in order to ensure the continuity of gas deliveries for the benefit of the population. The company has indicated to its partners its willingness to ease the transition to the new operator and facilitate the transfer of staff who so wish.

"In this project, TotalEnergies brings its expertise in renewables energy as well as SAF manufacturing and marketing advanced sustainable fuel production with the aim of acting directly on the carbon intensity of the energy products used by our customers. This is in line with our strategy of building a multi-energy company with the ambition to get to net zero by 2050 together with society."

TotalEnergies, together with Green Investment Group and RIDG, has also secured ScotWind leasing rights to develop a 2 GW windfarm in Scotland. The joint venture between TotalEnergies (38.25%), Macquarie’s Green Investment Group (GIG) (46.75%) and RIDG (15%), a scottish developer in offshore wind, successfully secured rights in the N1 area to develop a 2 GW offshore windfarm project in the ScotWind leasing round. The West of Orkney Windfarm will be located 30km off the west coast of Orkney in Scotland.

Crown Estate Scotland approved 17 projects under the Scotwind leasing round - 10 of which will be floating wind farms - in a major £700 million investment. To put the proposed 25GW of projects in context, they would be two-and-a-half times the UK’s entire current offshore wind capacity and equivalent to Europe's entire existing offshore wind capacity (click here).