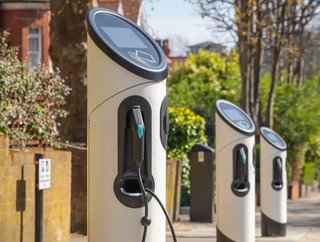 Alok Dubey is UK Country Manager at Monta, the EV charging app. In this column, he argues why the recent fuel crisis has made EVs much more attractive, and how the UK can learn from countries such as Norway to incentivise EV purchases and increase adoption rates

COP26 approaches against a backdrop of rising energy prices and much-hyped fuel crisis. This casts a distinctive shadow over the UK target for Carbon Neutrality and begs the question as to whether it is even achievable.

Convincing car owners to switch from petrol and diesel powered cars to electric vehicles so that the UK can reach net zero carbon emissions by 2050 is a hard sell, and will come under scrutiny during the November conference in Glasgow.

It’s well documented that the UK is already behind the target to have 1,170 charge points per 100km of road by 2030, with the Society of Motor Manufacturers and Traders predicting that more than 700 EV charge points per day will be needed to meet this target - far more than the current run rate of 42 per day.

So what are the options? How can motorists be encouraged to make the switch and is the EV charge point infrastructure ready to support this increase of EVs on the road?

Contrary to what climate change non-believers might say, research shows that there have been more days over 50C this year than any other year in history, and so how the UK prepares for an EV revolution is one of the biggest talking points for manufacturing and infrastructure circles, with the EV market seen as key to easing the pressure.

To be fair, the UK government is pushing to try and support the adoption of EVs, announcing a £1.3 billion investment in charging infrastructure over the next four years in February 2021.

The budget is there, the willpower is too, but adoption of electric vehicles simply isn’t happening as fast as we need it to. So how do we change this?

The UK Government has explored ways to ramp up EV adoption by offering incentives like trade-in schemes, tax rebates and finance options, so that the average consumer can actually afford an EV. Price remains one of the main obstacles putting people off as most cars on the market, even the second-hand ones, are expensive compared to petrol and diesel options.

Of course there is much more consumer awareness and consideration of how petrol and diesel cars impact the environment, but consumers are also extremely aware of their bank account amidst rising food prices, gas prices and inflation.

For successful use cases in making EVs more affordable and accessible, the UK should look to countries such as Norway where the Government completely scrapped VAT on EVs, reducing the total price of the cars by 20%.

The situation in the UK is much more complicated. EV owners will pay 20% VAT if they charge their car in public, but only pay 5% if it’s charged at home. It’s an unnecessary situation that needs to be standardised. To help increase EV sales, the UK could adopt a Norwegian approach and say to consumers that anyone who buys an EV before 2030 won’t have to pay any VAT.

If the government needs any convincing, it should be reminded of the stampede of people buying new homes during the Stamp Duty Tax holiday, simply because they could save thousands of pounds.  If we can replicate that for the EV market, we might be onto something.

Although the recent fuel crisis and petrol station queues should put the benefits of EVs fresh in people’s minds, there is still real demand for petrol and diesel-powered cars.

Consumers know full well that these vehicles will become obsolete in less than 10 years, but they would still prefer to buy petrol or diesel cars  rather than go through the pain of finding a charge point and then waiting for their car to charge.

This shows us that there is still a lot of education and understanding to be done on the subject. For example, most people don’t realise that there are more publicly available charging stations in the UK than there are petrol stations and that EVs generally only need charging once a week depending on the distance covered.

This is the dilemma facing the UK at the moment, as although the development of EV charge point infrastructure is not happening as fast as we would like, it doesn’t really matter at the moment as EV adoption needs to speed up alongside it. Too many people are holding back due to the price of EVs and range anxiety, so we need to fix these issues as well while we think about the infrastructure to support them.

It’s a classic chicken and egg scenario. Without EV adoption ramping up, it’s pointless to pump money into building large scale EV charge point infrastructure that simply isn’t going to get used. We need to get smarter about how we use the existing EV charge points before we start demanding more of them.

The good news is that technology exists today that allows us to charge our EVs in a smarter way. Smart queuing systems available via charge point apps can get rid of the scenes like we had at petrol stations during the fuel crisis, allowing drivers to reserve a charge point at specific times - increasing access and visibility.

The key to success isn’t just about pumping money into EV charge point infrastructure and getting charge point manufacturers to build like crazy, there needs to be a collaborative effort. Only when you take a step back and look at the UK EV revolution as a whole, will we find the right balance.