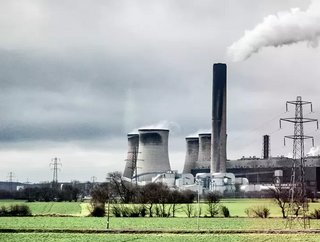 The UK government announced it will no longer rely on coal for electricity by 2024, and the likelihood of meeting the ambitious target

Coal and mining have been the backbone of the UK economy, providing for all regions of the country. Since 1981, the UK has mined coal at exponential rates - with around 128 million tonnes extracted per year, which is soon to come to an end. The UK government has announced changes to its coal energy production targets. It plans to eliminate the use of coal for generating electricity by the 1st of October 2021 - a whole year earlier than the previous date that was set.

This change of completion date is part of the government’s commitment to transition away from its dependence on fossil fuels and contribute to its decarbonisation efforts. This will be hugely beneficial to the UK ahead of the United Nations Climate Change Conference (COP26), which will be held in Glasgow this November.

Will the UK Meet the New Target Date?

Since the UK government committed to the Paris Climate Agreement in November 2016, the amount of coal energy production has reduced significantly. According to the Energy Trends June 2021 report, coal-fired electricity generation fell by 446,000 tonnes from Q1 of 2020 - 1.4 million tonnes - to Q1 of 2021 - 954 thousand tonnes - representing a 30% decrease in just one year.

Other statistics in the report show that the amount of coal production has fallen significantly over the past three years. The study recorded that almost 4 million tonnes of coal were produced in the first quarter of 2018. With the addition of new carbon-neutral initiatives and renewable energy projects, the UK is on track to significantly reduce its dependence on coal, year-on-year. The UK has also proven its sustainability progress through record-breaking implementation of wind power, which provides for just over a third of the country.

The announcement of the new deadline came from Energy and Climate Change Minister Anne-Marie Trevelyan, before her speech at the Powering Past Coal Alliance (PPCA) Europe Roundtable, which discussed the importance of phasing out coal. “Coal powered the industrial revolution 200 years ago, but now is the time for radical action to completely eliminate this dirty fuel from our energy system,” says Trevelyan. “Today we’re sending a clear signal around the world that the UK is leading the way in consigning coal power to the history books and that we’re serious about decarbonising our power system so we can meet our ambitious, world-leading climate targets.”

The government has also released its Impact Assessment, in conjunction with the announcement. It covers some of the resulting impacts on the coal mining industry. The analysis indicates that the change from a 2025 completion date, to 2024, will not have a major impact on the UK coal mining sector. Thanks to the steady decline in coal production and demand, companies have been able to ‘soften the blow’.