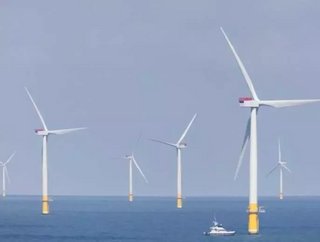 UK has given its approval for what may be one of the biggest windfarms in the world. The project received approval for building a 1.2 GW windfarm, to be...

UK has given its approval for what may be one of the biggest windfarms in the world. The project received approval for building a 1.2 GW windfarm, to be located 43 km from the Suffolk Coast, from the UK Department for Energy and Climate Change (DECC).

With the installation of 240 turbines, and once operational, the project will generate enough electricity to power around 820,000 homes. This will make it bigger than the London Array, windfarm located off the Kent coast- which is currently the largest in the world. It is also expected to create 2900 jobs, and inject more than £520 million of investment into the UK economy, the Department of Energy and Climate Change said.

Locally, it may provide employment to 1800 people, and generate half a billion pounds for the East Anglian economy. Energy and climate change secretary, Ed Davey, said: “East Anglia and the rest of the UK have a lot to gain from this development. The project has the potential to inject millions of pounds into the local and national economies, and support thousands of green jobs. Making the most of Britain’s home grown energy is crucial in creating job and business opportunities, getting the best deal for customers and reducing our reliance on foreign imports.”

Green activists and environmentalists have also cheered the development. Ben Stafford, head of public affairs at WWF-UK, said: “Climate change is the biggest threat facing our oceans and seas globally and is already impacting on the UK’s rich marine environment. It’s therefore vital that we find ways to harness the clean energy that marine renewables, such as offshore wind, can provide.”