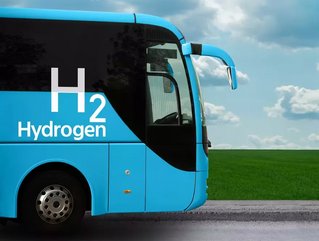 Today's publication of the UK Government Hydrogen Strategy which aims to create 9,000 jobs and unlock £4 billion investment by 2030 has been hailed as a 'critical way forward' by the North West Hydrogen Alliance.

The alliance represents 30 of the UK’s most influential organisations driving forward the development of a hydrogen economy. Members include leading UK and global companies such as INOVYN (part of the INEOS Group), Peel NRE (part of Peel L&P), ABB, Atkins, Costain, Mott MacDonald, Uniper and Cadent.

Professor Joe Howe, Chair of the North West Hydrogen Alliance and Executive Director, Thornton Research Institute at the University of Chester, said: “This is a critical step forward for the development of a world leading hydrogen economy in the UK. While this sends a strong message to industry and investors that hydrogen is an integral part of our low carbon future, what’s important now is that Government delivers on the strategy by supporting projects like HyNet North West.

"We particularly welcome the commitment to developing a Hydrogen Sector Development Action Plan to ensure that the huge economic benefits from hydrogen are kept in the UK, supporting our businesses and creating new jobs. If we’re to bring people along with us on this hydrogen revolution then now’s the time to start raising public awareness of hydrogen and how it can help us reduce our carbon emissions and protect our planet.”

HyNet aims to supply clean hydrogen and store carbon dioxide, helping businesses across the region cut greenhouse gas emissions, reduce costs, and launch green products. It is one of several regional clusters nationwide bidding for “track one” status from the government that will allow it to start operating by 2025. A decision is expected by October.

The UK’s first Hydrogen Strategy drives forward the commitments laid out in the Prime Minister’s ambitious 10 Point Plan for a 'green industrial revolution' by setting the foundation for how the UK government will work with industry to meet its ambition for 5GW of low carbon hydrogen production capacity by 2030.

With government analysis suggesting that 20-35% of the UK’s energy consumption by 2050 could be hydrogen-based, this new energy source could be critical to meet our targets of net zero emissions by 2050 and cutting emissions by 78% by 2035.

Business & Energy Secretary Kwasi Kwarteng said today marks the start of the UK’s hydrogen revolution. "This home-grown clean energy source has the potential to transform the way we power our lives and will be essential to tackling climate change and reaching Net Zero," he said. "With the potential to provide a third of the UK’s energy in the future, our strategy positions the UK as first in the global race to ramp up hydrogen technology and seize the thousands of jobs and private investment that come with it."

The government has today launched a public consultation on a preferred hydrogen business model which, built on a similar premise to the offshore wind CfDs, is designed to overcome the cost gap between low carbon hydrogen and fossil fuels, helping the costs of low-carbon alternatives to fall quickly, as hydrogen comes to play an increasing role in our lives. Alongside, the government is consulting on the design of the £240 million Net Zero Hydrogen Fund, which aims to support the commercial deployment of new low carbon hydrogen production plants across the UK.

Other measures included in the strategy include:

Chris Jackson, CEO and founder of Protium, a green hydrogen energy services company, welcomed the UK government's commitment to hydrogen in the transition to net zero, and given the current size of the UK energy market, the latest government estimates for hydrogen to supply between 20%-35% of energy consumption by 2050 would represent a market opportunity worth over £30 billion a year.

“We also recognise as a positive step the introduction of the additional funding for hydrogen via the Industrial Fuel Switching and Red Diesel Replacement Competitions, both initiatives we think will have a positive impact on the industry and UK green economy," he said.

“However, while there are components within the UK’s first hydrogen strategy that the industry should welcome today, it’s critical to question the government’s ‘twin track’ approach. By investing in Blue Hydrogen, the government will ensure that the UK is locked into a fuel import strategy, that by design cannot be a net zero solution and that will channel billions to the largest energy companies on earth instead of supporting and growing leading UK SMEs.”

“Innovators from the UK have been at the forefront of hydrogen technologies and the UK industry has an enormously exciting opportunity to continue paving the way in this field. While this strategy is not necessarily worse than what we had been hoping to have confirmed by the government, it has not introduced a long list of upsides and offers little to support the SME space. As we delve deeper into this ‘strategy’ only one week after the IPCC’s report was published, what has become clear is that irrespective of today’s news, now is the time to accelerate action and we hope the government strengthens its support for green hydrogen in years to come.”

"Currently, the supply of hydrogen is unlikely to rise until there is sufficient demand for the gas, but equally demand will remain low until supply rises," she said. "Stuck between a rock and a hard place, promoting the more abundant blue hydrogen alongside green will ensure the sector has the much needed scale to attract vital investment. The twin track sets us on the right path.

“Some may criticise the strong support for blue hydrogen as part of the hydrogen strategy. But, if hydrogen supply rises, and brings up demand, markets will be far more attractive to developers considering the green approach. We can consider this a run-up before our green hydrogen ambitions take flight."

"The sector has the skills, knowledge and expertise to safely and successfully evolve existing technology to support delivery of these projects, however, the UK government must continue to invest in our legacy energy industries for success. Without investment we risk losing this talent before we can make a mark on blue hydrogen projects," he said.

"Today, hydrogen offers the UK the ability to be a world leader, akin to that of subsea engineering – especially in areas like blue hydrogen. But as an industry, we either grab the baton and continue the sprint or we fumble and find ourselves several steps behind."