UK to Let the Sun Shine In 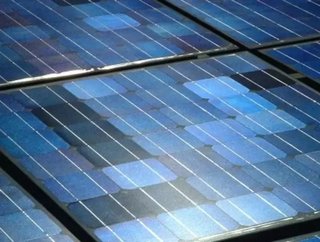 Conditions are ideal for the dawn of a new day in the UK power industry, with solar subsidies being adjusted to fit the exploding demand. According to...

Conditions are ideal for the dawn of a new day in the UK power industry, with solar subsidies being adjusted to fit the exploding demand. According to Gregory Barker, the climate minister, the government is finally managing a balanced approach towards renewable energy investment that will soon pay big dividends.

The potentially bright future for the industry “doesn't mean shirking tough choices on budgets and subsidy,” cautions Barker in an op-ed for The Guardian. Last year, there were abuses of what some called an overly generous and poorly executed solar energy subsidy. Critics maintain that wind technology is being left behind, and that fossil fuels maintain a stranglehold on the market.

“But,” writes Barker, “if we can build that elusive consensus around a financially responsible bridge to the future, continuing price falls could put the UK solar sector on the threshold of a genuinely exciting era, unconstrained by the need for high consumer subsidy and able to emerge, at scale, as a genuine market alternative to fossil fuels, and a vital weapon in our war on man-made climate change.”

It’s easy to see why solar panels are such an attractive outlet for government renewable energy investments. They’re easy to understand, easy to install, and offer the average citizen an opportunity to get involved in an issue many hold close to their hearts.

There’s also huge potential for fighting unemployment and offering retraining opportunities to those left behind by the Great Recession and its austere aftermath. That’s a recipe for both success and wisdom – a rare and tantalizing mix in politics.

Additionally, consumers can look forward to a leveling off and eventual decline in their energy bills once the solar initiatives take hold. Homeowners interested in getting there faster than the Joneses can take advantage of the subsidy by investing to outfit their residences with cutting-edge solar technology. Community leaders may end up setting the curve, but it’s a trend that will soon reach almost everyone – and may help to turn the tide against climate change.