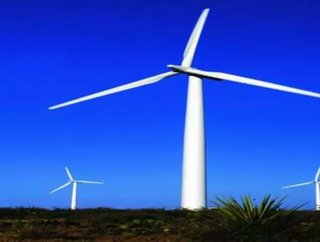 Two European countries will aim to drastically boost their production of renewable energy by investing heavily in the construction of thousands of wind...

Two European countries will aim to drastically boost their production of renewable energy by investing heavily in the construction of thousands of wind turbines.

In an expansion likened in importance to the exploration of North Sea oil, the UK plans to build 6,400 wind turbines around the coast by 2020. Sweden has set that same year for completion of 2,000 new wind turbines.

AMBITIOUS UK PLANS
Wind power currently makes up around two percent of power production in each country, a figure that is expected to rise dramatically with the recent announcements. The British government touted the decision to grant rights to energy companies to develop the UK coastal seabeds as “the biggest expansion of wind energy ever seen in the world.”

The additional wind turbines will contribute 32 gigawatt (GW) of clean electricity to the UK grid – enough to meet nearly a quarter of the country’s electricity needs.

“Our policies in support of offshore wind energy have already put us ahead of every other country in the world,” Prime Minister Gordon Brown said in a statement.  “This new round of licenses provides a substantial new platform for investing in UK industrial capacity.

“The offshore wind industry is at the heart of the UK economy’s shift to low carbon and could be worth £75 billion and support up to 70,000 jobs by 2020,” Brown continued.

SWEDEN EXCEEDS EU TARGETS
Sweden’s Minister of Enterprise and Energy Maud Olofsson was equally optimistic that the new investments, estimated at $1 billion, will play a crucial role in helping the country meet the goal of increasing power production from renewable sources from 20 percent today to 50 percent of the total in 10 years. The output already is higher than the combined production of nuclear and hydroelectric power, Olofsson wrote in a newspaper column – and, by far, surpasses European Union targets.

By 2020, another 10 terawatt hours (TWh) will be generated by wind power per year, bringing its share up to nine percent.

“Sweden has the highest share of renewable energy in the EU,” Olofsson wrote. “We’ve got extremely good prospects for rapidly increasing the production of renewable energy, especially from the burning of biofuels, cogeneration plants and wind power.”

The wind turbines, each capable of generating 1 to 2 megawatt (MW), will be built in stages on land and at sea.

KEYS TO SUCCESS
In the UK, the next generation of offshore wind farms will require larger and more efficient turbines. The construction of the 5 MW powerhouses are slated to begin in 2013 and will focus on nine zones including sites in the Irish Sea, the Bristol Channel, the Moray Firth, the Firth of Forth, off the coast of Norfolk and west of the Isle of Wight.

“The turbines we need have not been designed yet,” Lord Drayson, minister for Science & Innovation, said. “Our goal is to encourage their design and manufacture on our shores.”

“Last month, we pledged £15m for the blade testing facility at the New and Renewable Energy Centre and further grants will follow to support this promising industry. The UK is quite simply the place to be for wind energy: we've got the science, the engineering, the support and the weather!”

The ambitious plans will not happen, experts say, without the construction of a massive “super grid” in the North Sea with Denmark, Germany and Norway. The grid, costing billions of dollars, would spread the energy supply across a greater area to offset changes in wind fluctuations. Others pointed out a new gigantic harbor will be necessary to build the turbines and new boats; otherwise, the lack of capacity and skill shortage threaten to send manufacturing jobs abroad.

In Sweden, the key to meeting the 2020 goals comes from the Electricity Certificate System, a market-based support system that encourages the expansion of the most efficient forms of renewable electricity production. Producers of clean electricity are awarded a certificate for each megawatt hour. Electricity users are then obligated to buy a certain quota of certificates based on their electricity consumption, a system intended to create better economic conditions for renewable energy as producers are able to cash in on the sale of electricity as well as certificates.

“It’s a very effective way of spurring investments in environmentally friendly electricity production,” Olofsson wrote. “In recent years, wind power has been on the rise and now the investments are breaking records. Over 500 MW were installed last year which represents an annual production of at least 1.2 TWh.”