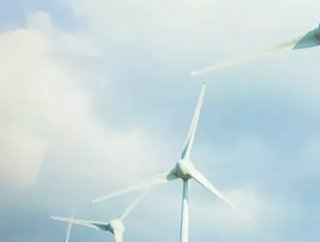 Next-generation turbines are earmarked for Teeside, Humber, Scotland and Wales as the UK adopts a "gale force approach" to the green economy...

UK Prime Minister Boris Johnson will today announce a major £160 million investment in wind power in a bid to fuel every home in the country with renewable energy within 10 years.

Next-generation turbines are earmarked for Teeside, Humber, Scotland and Wales as the UK adopts a "gale force approach" to the green economy, with the aim of becoming less reliant on fossil fuels and creating up to 60,000 jobs in ports, factories and supply chains - replacing many lost during the pandemic.

The ambitious targets will see the UK strive to become a 'world leader in clean power' with output rising from 30 to 40 gigawatts: 'build back better' is to become 'build back greener'.

The UK needs around 7,500 offshore wind turbines to meet a carbon emissions target of zero by 2050, the Committee on Climate Change reported last year. Alongside wind power, the UK government is keen to support carbon capture and hydrogen technologies.

While prices for all renewables continue to drop, offshore wind is at an earlier stage of development "so its prices can be expected to fall further, faster, thus improving its competitive position," according to a McKinsey report.

Advances in turbine technology are leading to greatly improved system performances and efficiencies and lower component costs. A dramatic drop in the cost of offshore wind power, coupled with a slight rise in wholesale power prices, will likely mean the newest wind farms coming online will operate with negative subsidy.