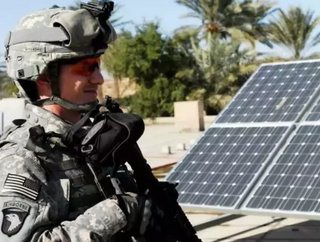 The U.S. Army is recruiting&hellip; private sector renewable energy companies that is. The Army is taking a lesson from its brothers in the Navy (who...

The U.S. Army is establishing the Energy Initiatives Office Task Force to interface directly with the private sector in pursuit of large-scale renewable energy projects.  The Army owns over 15 million acres of U.S. land, 5 million of which has been identified as suitable for renewable energy infrastructure.

Currently, the Army spends roughly $4 billion per year on energy costs.  Army leadership has identified that a ten-year investment of $7.1 billion into renewable energy would generate 2.1 million megawatt-hours of power annually.

Water as a Renewable Resource

“The Army must leverage opportunities in renewable energy, which will enhance energy security,” says Katherine Hammack, assistant secretary of the Army for installations, energy and environment, which will house the task force.

The Task Force being developed to spearhead the investment will work on project approval and implementation, publish publicly accessible “playbooks” on Army processes, and fill renewable energy expert positions within the Army.

The Task Force is expected to be fully operational by September 15, 2011.  So if you think your company has what it takes to energize the biggest and oldest division of the U.S. armed services, then get in contact with the Army’s soon-to-be renewable energy Task Force to reserve your space in this major military infrastructure overhaul.