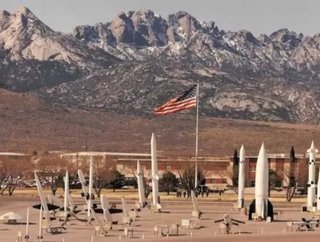 The U.S. Army Engineering and Support Center has issued a $7 billion draft Request for Proposal (RFP) to expend on renewable energy plants over the ne...

The U.S. Army Engineering and Support Center has issued a $7 billion draft Request for Proposal (RFP) to expend on renewable energy plants over the next 30 years. Using private sector financing, the plants would be constructed and operated by contractors in a series of shared capacity contracts to procure reliable, local alternative energy through power purchase agreements and other contractual equivalents.

“This could potentially be the largest contract ever awarded by Huntsville Center,” said Col. Nello Tortora, commander of the U.S. Army Engineering and Support Center, Huntsville. “Under this contract, we will be buying energy produced, rather than the equipment to produce it. It will complement the suite of contracts we currently have that allow us to award energy projects and will go a long way toward helping the Army meets its required energy reduction and energy security goals.”

2012 The International Year of Sustainable Energy for All

The contractors will be responsible for the financing, design, operation and maintenance of the plants. Contracts will be awarded to both large and small businesses involved in solar, wind, geothermal and biomass technologies.

According to the U.S. Army Corps of Engineers, the contract will help the Army streamline the process to develop large-scale renewable energy projects that use private sector financing, which will speed up overall project development timelines to ensure the best value to the Army and private sector.

The initiative also brings the Department of Defense one step closer to achieving 25 percent of its total energy use from renewable sources by 2025.